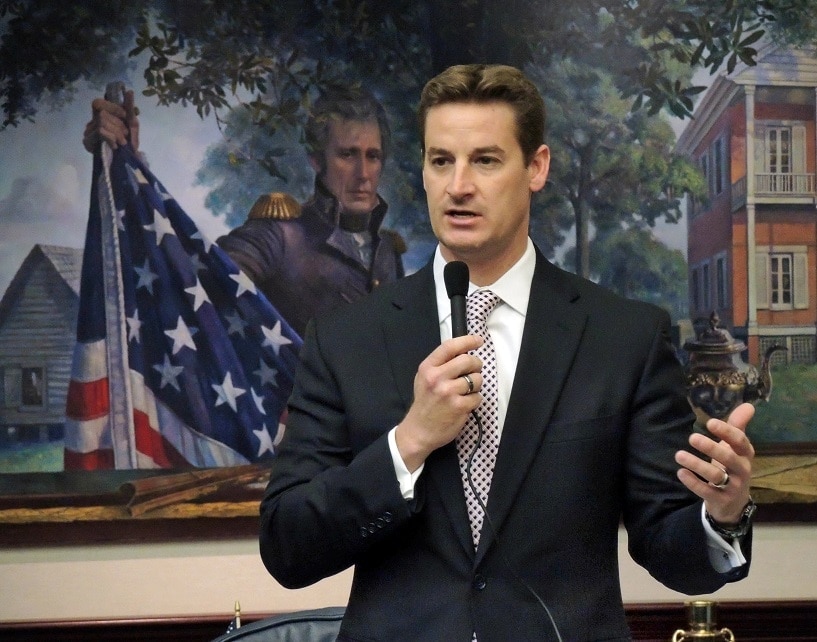 Legislation to allow lawful concealed carry on college and university campuses across Florida won an important victory Tuesday in the state House.

A hotspot of conversation statewide since a fatal shooting last year at Florida State University in Tallahassee, the prospect of rolling back gun free zones for otherwise legal concealed carry holders at the state’s public colleges has gained ground in recent months. One of the three shot in that attack was a concealed carry advocate who could not legally carry his gun on campus.

This helped a measure intending to end this prohibition pass out of the House Criminal Justice Subcommittee by 8-4 party line vote on Jan. 20.

“What I’m trying to do is prevent further loss of life by giving God-fearing and law-abiding citizens who have gone through background checks and all the things they have to do to get a (permit) to be able to defend themselves and their family,” Rep. Greg Steube, R-Sarasota, the bill’s sponsor, told the committee.

Steube’s legislation, HB 4005, is a simple two-page bill that strikes the paragraph from state law disallowing conceal carry permit holders to bring their guns on campus. Currently, permit holders who are registered students, employees, or faculty members of a school may bring a stun gun or other nonlethal electric weapon on school grounds. Firearms must be locked in vehicles.

According to legislative analysis of the measure, nearly a quarter million Floridians between the ages of 21 and 35, currently have a concealed carry permit. Adults 21 years of age and older are the only ones who will be carrying concealed firearms on campus under this bill.

One of the most compelling testimonies heard by the committee came from criminologist Dr. Gary Kleck whose research on gun violence shows that data is on the side law-abiding adults carrying firearms and being responsible for their own safety.

“In sum, there is sound reason to expect that defensive benefits to crime victims would result from licensed gun carriers being allowed to carry guns on college campuses, and no empirical foundation for expecting that this would result in any nonnegligible number of permit holders committing violent crimes with their guns,” Kleck told the lawmakers in a statement.

Gun controls advocates, both in Florida and nationally, were quick to condemn the historic progress of the legislation.

“Forcing our institutions of higher educations to allow guns on campus is the wrong answer for our college communities,” said Chryl Anderson, with the Florida Chapter of Moms Demand Action in a statement obtained by Guns.com. “We side with the vast majority of students, college presidents, faculty, and university police chiefs in opposing this type of reckless legislation. College life is already rife with academic pressures, alcohol, and drug abuse; forcing schools to introduce guns into the mix is dangerous and doesn’t make sense.”

In addition to Anderson’s remarks, the Campaign to Keep Guns off Campus organization blasted the legislation by echoing the same concerns while mixing in language attacking Florida’s Stand Your Ground laws.

Gun rights advocates in the state, however, disagree with that assessment.

“This nation sends 17 and 18 year olds off to war with high powered rifles and machine guns to fight for freedom and to protect us,” Marion Hammer, president of the Unified Sportsmen of Florida and past president of the National Rifle Association, told Guns.com Wednesday. “Yet, when they come back home and enroll at a college or university to finish their education, campus police and university presidents don’t trust them with a handgun to protect themselves.”

For Hammer, the FSU shooting was a clarion call for a renewed push to get the measure passed.

House Bill 4005 has to clear two more committees before it is reaches the full house.