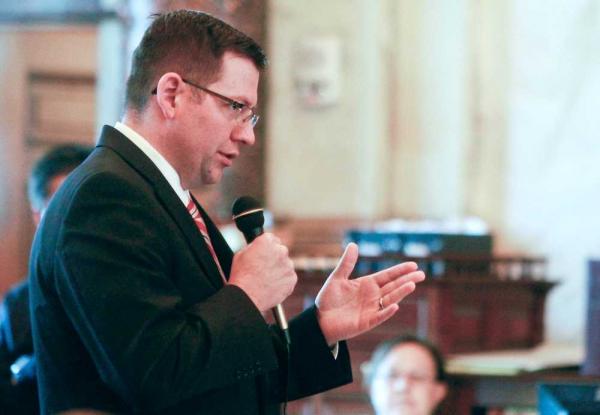 The top Republican lawmaker is leading a bipartisan effort by 26 Kansas state senators to enact permit-less concealed carry in the Sunflower State this year.

Under current state law, open carry without a permit is legal, but to carry a concealed weapon requires an individual apply to obtain a $150 four-year permit from the state attorney general’s office through their local sheriff. The new legislation, introduced Wednesday, only needs 21 total votes in the 40-member state senate to guarantee passage to the state House.

“It doesn’t necessarily make sense that in Kansas we allow for open carry without a permit but we refuse somebody to have the ability to carry a firearm concealed on their person,” said Kansas state Senate Majority Leader Terry Bruce, R.

Bruce has pulled together a broad group of lawmakers to include at least a sprinkling of Democrats to introduce the bill, saying in a statement through his social media account, “In last few legislative sessions, members of the Kansas Legislature have come together in a bi-partisan manner to craft legislation that protects Kansans’ 2nd Amendment rights.”

Bruce’s bill, SB 45, would allow any adult otherwise able to possess a handgun under state and federal laws to carry that gun concealed as a matter of course without a permit.

Since 2006 when the Kansas Legislature passed the Personal and Family Protection Act, an estimated 90,000 residents have applied for a concealed carry handgun license in the state. Some 36 states recognize Kansas permits while the state in turn recognizes all out of state permits from non-residents. Bruce’s bill would retain the current permit system to allow for Kansas residents who wish to travel out of state while concealed.

Even with an apparent number of sponsors to all but guarantee a win for the infant legislation, the measure is not without its early detractors.

“We’ve done so much with our gun laws in the last couple years, why don’t we just take a break for a year or two and settle in with this new stuff and see what if any holes are in our gun laws, before we just randomly throw things out there and hope nothing bad happens?” Rep. Jim Ward, a Wichita Democrat told Kansas.com, urging caution.

Kansas is not the first state to come out strong for constitutional carry this legislative session. Texas lawmakers filed a measure in that state, HB195, which is gaining firm and vocal support from a number of gun rights groups in the Lone Star State.

With passage in the state Senate likely, Kansas SB 45 would then be referred to the state House where Republicans enjoy what could be termed a healthy 92-33 margin. From there, a final concurrence in the upper chamber would send it to Gov. Sam Brownback’s desk.

Brownback, a Republican, has signed several far-reaching gun rights measures in his term in office.