A man who lives about three miles from the Joe Biden estate, claims that law enforcement officers beat him up for no reason as he was returning home Saturday night shortly after reports came in of shots fired near Biden’s home.

Rock Peters was left with a swollen nose, rib injuries, facial abrasions and a black eye after the confrontation. The police report indicated that Peters acted aggressively and did not comply with their instructions, but the man maintains he did nothing wrong and “they’re lying through their teeth.”

Peters was stopped by officers at a road block while on his way home about half an hour after the report of gunfire near the Vice President’s home. Peters was told to turn around, to which he replied that he was on his way home and didn’t know of another way. Following a brief verbal exchange, officers said they did not intend to detain Peters, but as the officer walked away, he claims Peters muttered something then sped away, nearly running him over in the process.

After being pulled over for a second time, Peters got out of his vehicle and reached towards his jacket pocket.  At that point, according to the officers, fearing Peters had a gun, they grabbed his arm, to which Peters responded by pulling away and saying, “Don’t touch me.”

Officers then struggled to gain control of Peters’  hands, and that’s when the scuffle ensued.

However, Peters said it didn’t quite go down that way. He said he simply reached into his pocket to retrieve the driver’s license for which the officer had asked.

“And that point, without saying a word, he cold-cocked me,” Peters said.

Peters said he was placed in a chokehold and passed out.

“I thought I was going to die right there,” he said.

“I’m not anti-cop,” Peters concluded. “But these guys were extremely aggressive.”

Ultimately, Peters was charged with reckless endangerment and resisting arrest, left bruised and battered, and was determined to have nothing to do with the shots which were fired. 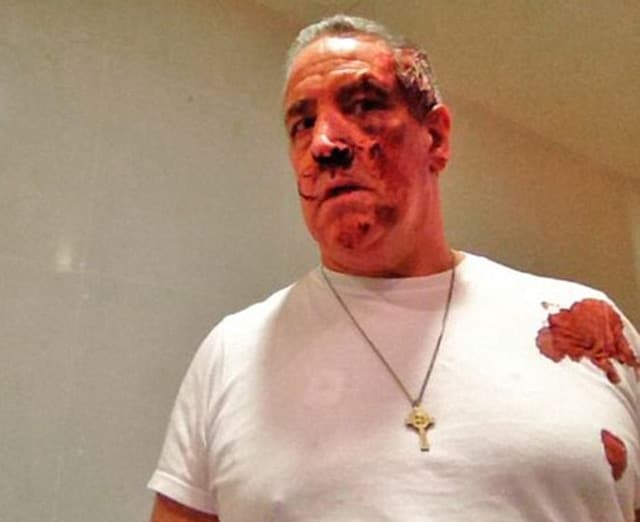 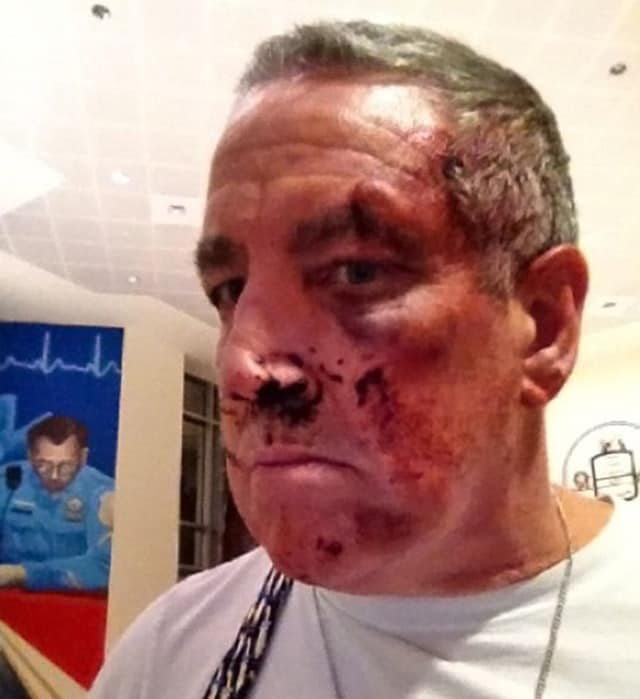