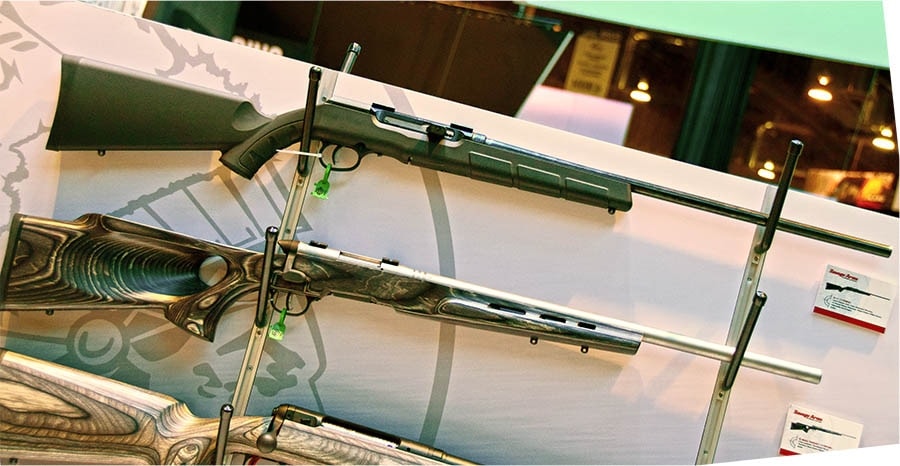 The Savage A17 gives .17 HMR fans the semi-auto rifle of their dreams. (Photo: Jim Grant)

Long thought of as unsafe in semi-automatics, the .17 HMR with its flat-shooting ultra-high velocity has a devoted following in the varminting world. Several manufacturers have tried to same the necked cartridge with varying degrees of success.

Ruger released, and later recalled a beefed up version of their ubiquitous 10/22 chambered in .17 HMR due to reliability concerns related to ammunition. While Alexander Arms has their R-17-ST, that while reliable is outside the financial reach of many shooters at $1200.

Most designs attempted to treat the caliber like an over-powered .22LR; Using a heavier bolt, while retaining the direct blowback action. This makes the weapons either very ammunition sensitive or have punishing recoil due to the increased mass of the bolt.

Savage’s new A17 solves this by using a locking system to delay the recoil cycle until the pressure levels hit an acceptable level. Thus reducing felt recoil and widening the range of calibers it can reliably cycle.

The A17 ships with a ten-round, flush-fitting magazine and retails for $469, with expect street prices about 20 percent lower than that.