A quick tour of the Magpul booth at SHOT Show 2015 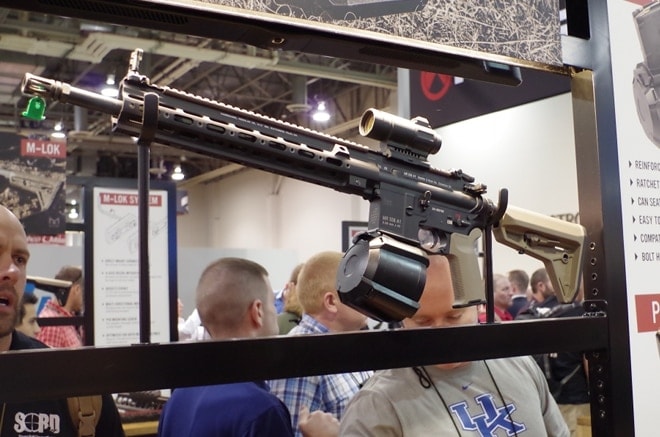 Magpul announced most of their new lineup in the weeks and days leading up to this year’s SHOT Show, but it’s still nice to check out their stuff in person.

The star of the show. Widely described as a game-changer, Magpul’s 60-round drum magazine is guaranteed to sell well and is poised to be the new standard in drum mags for the AR platform.

Priced at $129 this is one accessory we’re sure loads of people look forward to adding to their collection. 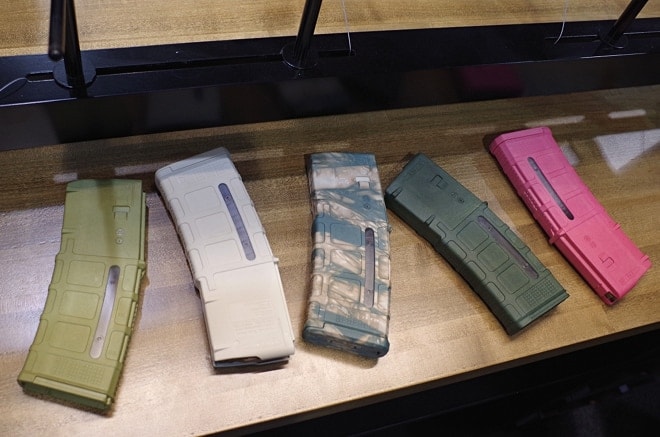 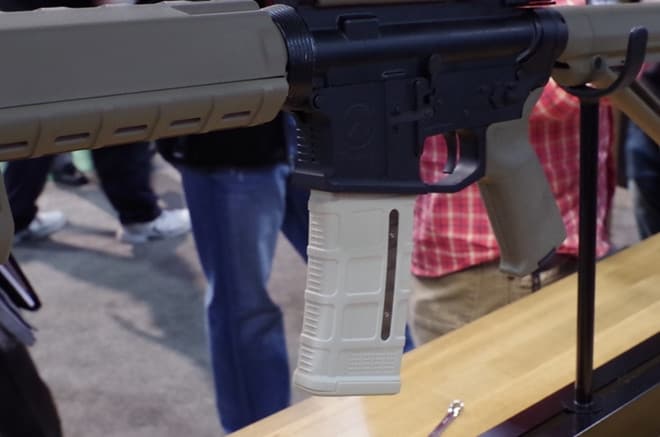 Magpul’s new Sand PMAG is sure to be popular although the company has no plans to phase out their existing 3rd-gen magazines any time soon.

The new polymer is more rigid, able to withstand about 30 percent more force before buckling, across the board and at all temperatures. For now the Sand polymer will be a standalone product, offered only in its natural tone.

Users who want Sand mags in other colors will have to get their hands dirty and dye or paint them themselves. Magpul is pretty confident that the aftermarket will also deliver on custom Sand mags with colors and patterns.

Magpul is working on a web series with tutorials for users who decide to finish the mags themselves. These will make for weekend after weekend of project fun. 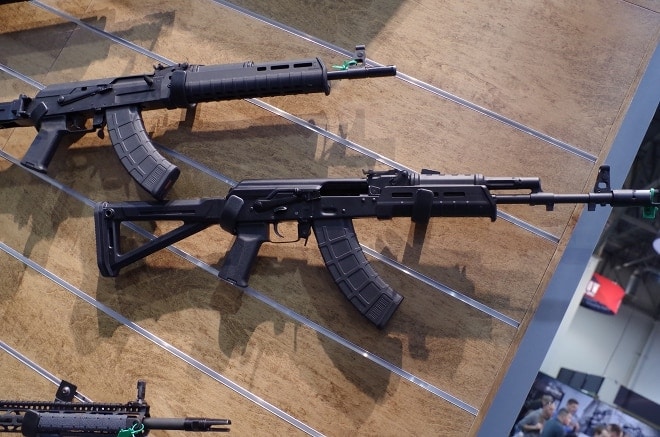 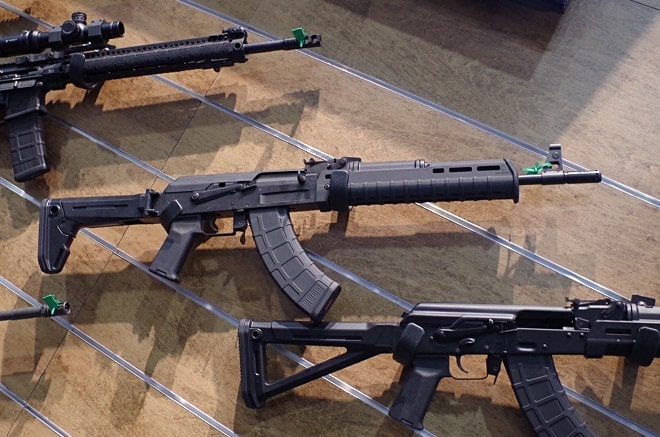 The new AK furniture has been highly-anticipated and will be much loved for sure. The company is rolling out two moderately universal furniture sets, the entry-level MOE set and the slightly more premium Zhukov set.

Most of these new products are expected to be widely available sometime in the towards the end of the first quarter of this year although they’re not setting firm dates. 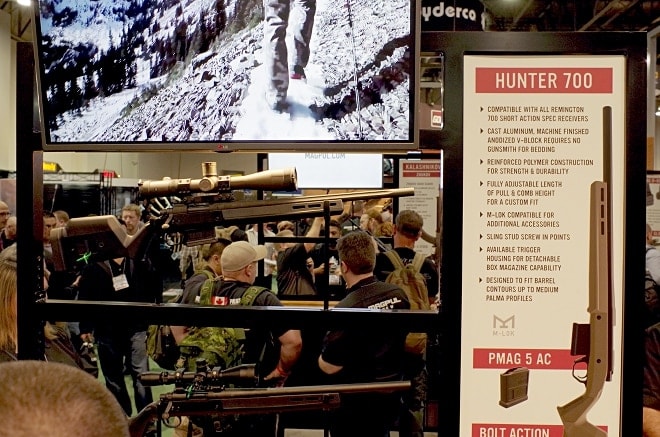 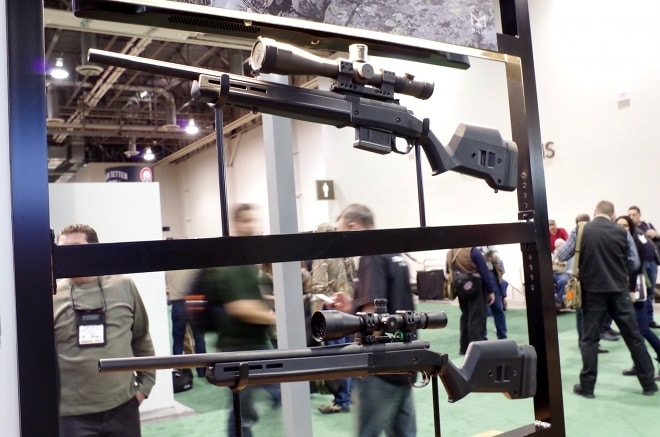 A view from the other side. (Photo: Max Slowik)

The Hunter 700 was a happy surprise for the popular rifle and it blends the traditional and the tactical well. It nicely expands the aftermarket for the short-action Remington 700 design.

Speaking with Magpul the stock should fit any 700-pattern action, so companies that make their own 700-style rifles won’t have any problems putting their own parts into the Magpul stock. 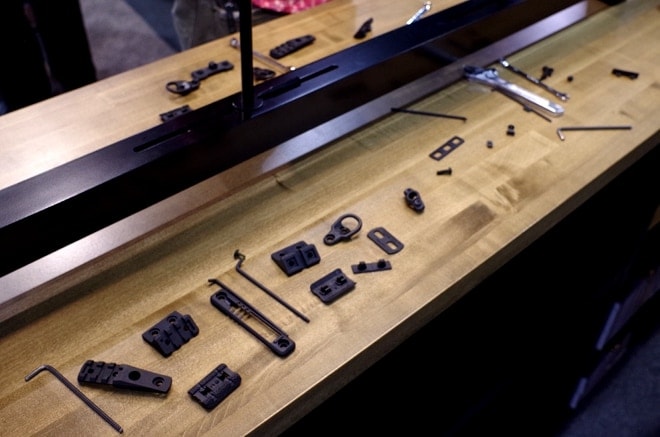 And just for fun, the company had tons of M-Lok parts for people to install and uninstall. This really drove home how simple, reliable and fast these optional add-on are to use.

For more check out Magpul on Facebook. They’ve got lots of info about these and other announcements.