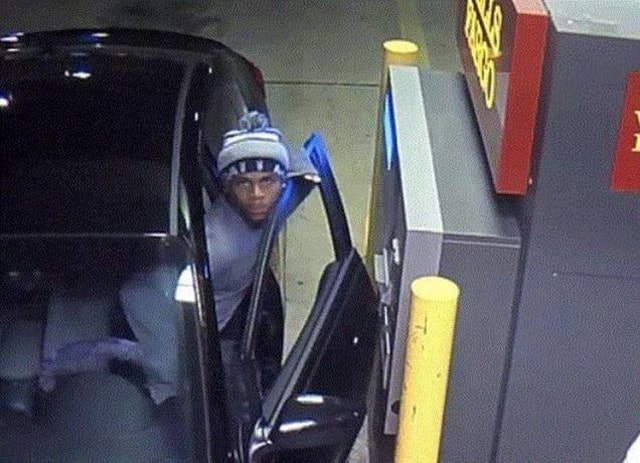 Authorities in Arlington, Texas, are searching for a man who robbed a woman at gunpoint before forcing her into the trunk of her own car.

The terrifying encounter happened Jan. 14 around 3 a.m. at a Wells Fargo drive-through ATM on North Collins Street. The suspect approached the woman, pulled a gun on her and demanded her give him cash. But after receiving the cash, the suspect then forced the terrified woman into the trunk, where she was trapped for more than half an hour.

The woman was finally able to escape and ran to a nearby convenience store to call the police.

The suspect, who authorities believe may be responsible for other armed robberies in the area, is described as a black male with short hair, in his early 20s. He stands about 5-foot-6 and was last seen wearing a grey hooded jacket and jeans.