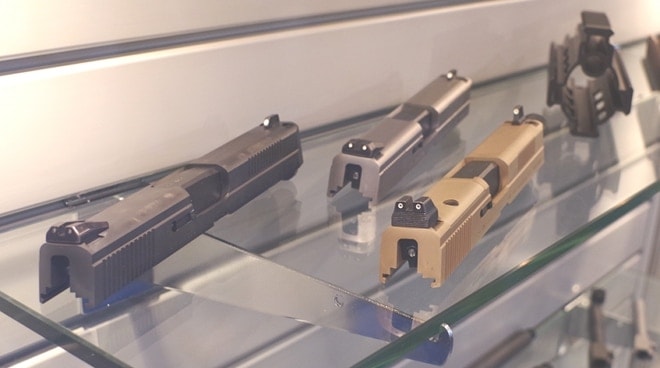 FN America unveiled its new product line just ahead of the Shooting Hunting Outdoor Trade Show 2015, but the company certainly didn’t give everything away and we have some great news for FN fans.

The company announced the newest member of the FNS family, the FNS Compact, designed for everyday carry along with a handful of rifles for duty and competition just a short while ago.

At SHOT we’ve learned that FN is just about ready to launch a full line of upper halves for the FNS series that will allow people with full-sized frames to change slide and barrel length and even calibers as the FNS frame is the same in both 9mm and .40 S&W.

FN will launch a full spread of FNS uppers including threaded option with raised suppressor sights for use with silencers. The company even had a flat dark earth slide for that two-tone look on display although no one could say for certain if the slide assembly was a planned package or just for show.

These kits were first announced when the FNS was launched a few years back but complete pistols have been in such high demand that the company had no choice but to use their stock for full handguns rather than sell the slide assemblies separately. It’s been a long wait for FNS owners but with these options on the table it will have been worth it. 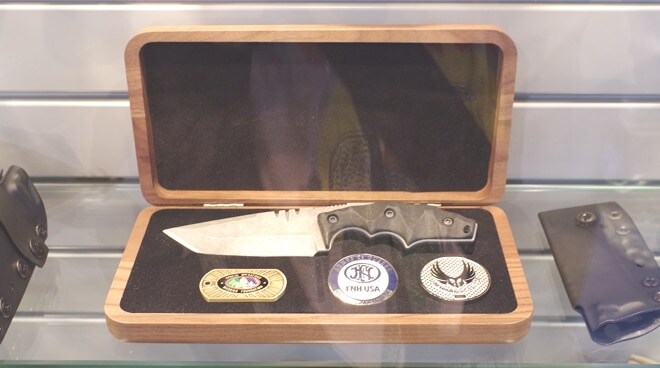 The Bawidamann knife and display set along with a kydex holster. (Photo: Max Slowik)

Only 250 of these knives have been made and FN is auctioning off serial number 001 online. The rest will be offered for sale with commemorative medallions for $449. 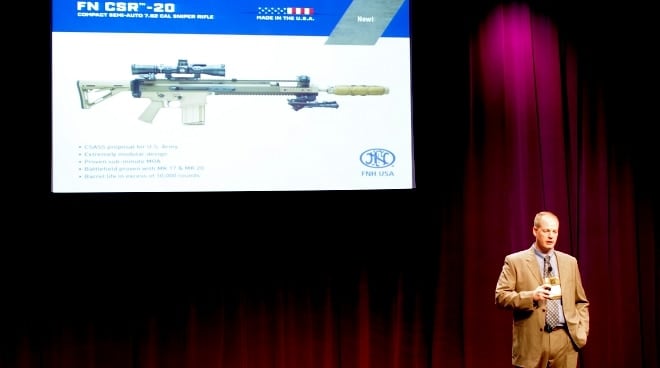 FN America also hosted a meeting off the show floor to discuss their new product line and short-term plans. Beginning with a timeline of important events from their partnership with John Browning at the turn of the 20th century to their widespread adoption by U.S. armed forces today, they also highlighted some of their less visible products, chiefly, the CSR.

The CSR is FN’s entry into the Army’s CSASS competition. If selected, the CSR, a semi-automatic 7.62 NATO rifle, will serve as the Army’s short- to medium-range sniper rifle, replacing the Knight’s Armament M110.