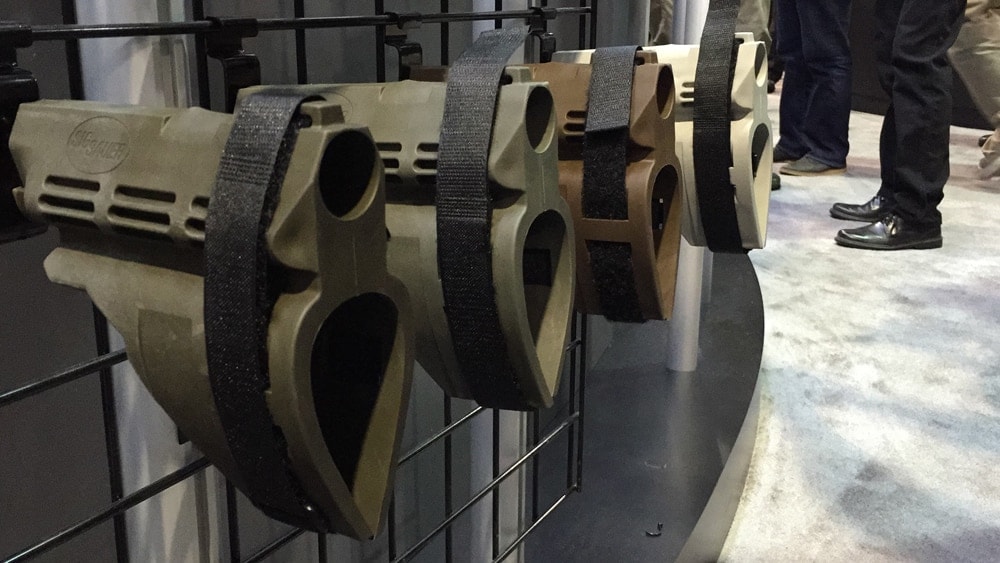 SIG Sauer hints at possible legal action over the opinion of federal regulators about “intended use” of the company’s stabilizing brace for AR pistols.

Last week, the Bureau of Alcohol, Tobacco, Firearms and Explosives clarified that shouldering an AR pistol equipped with a stabilizing brace redefines the intend use of the accessory and would require federal regulation. The agency also reaffirmed its original ruling that the device is still legal when used appropriately.

“We question ATF’s reversal in position that the classification of the brace may be altered by its use. We are reviewing the legal precedents and justification for this position, and will address our concerns with ATF in the near future,” the New Hampshire-based company said in a statement on Jan. 22.

“We will vigorously defend the classification of all of our products and our consumers’ right to use them in accordance with the law. If we find that the open letter opinion is outside the scope of the law, we will seek further review.”

SIG has challenged the ATF over other rulings of its products. The company filed suit against the agency in February 2014 for classifying a SIG muzzle device as a silencer instead of a muzzle brake.