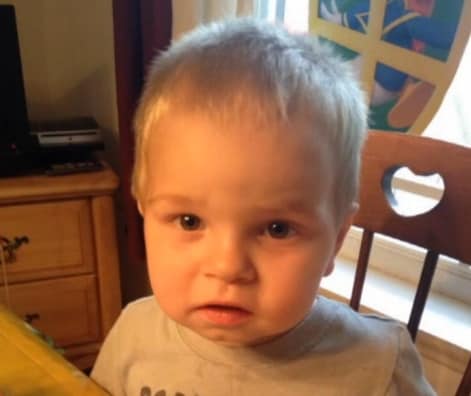 For the second time in less than a week, a young child has died after finding a loaded handgun, this time outside a quiet East Lake, Florida home where a 2-year-old boy discovered the gun in the glove box of a vehicle.

According to a report from local media, the family was preparing to move from their home and in the process of loading their belongings into the cars outside just before 5 p.m. when the toddler, Kaleb Ahles, climbed into his father’s vehicle alone, and while unattended, discovered to the .380-caliber handgun in the glove box. The child turned the gun toward himself and pulled the trigger, shooting himself in the chest.

The boy’s father, 23-year-old Kevin Ahles, heard the gunshot, saw blood on his child and immediately screamed for help. One family member called 911, while the child’s mother, 23-year-old Christina Nigro, and an aunt began doing CPR on the toddler until paramedics arrived.

Kaleb was transported to a nearby hospital, but later died.

“It was a tragedy, where everything lined up the wrong way,” Sheriff Paul Gualtieri told reporters.

Gualtieri said the father, who has a concealed carry license and carries a gun on a regular basis, “took reasonable steps” to secure the gun. Gualtieri added that the gun was legally owned and it doesn’t appear any laws were broken.

However, authorities also noted there was no lock on the firearm itself and that it did not take much force to squeeze the trigger on the small-caliber handgun.

The investigation is ongoing, but Gualtieri said he doesn’t expect for the parents to face any charges.

“I don’t think anybody can punish these parents any more than what they’ve been punished,” Gualtieri said.