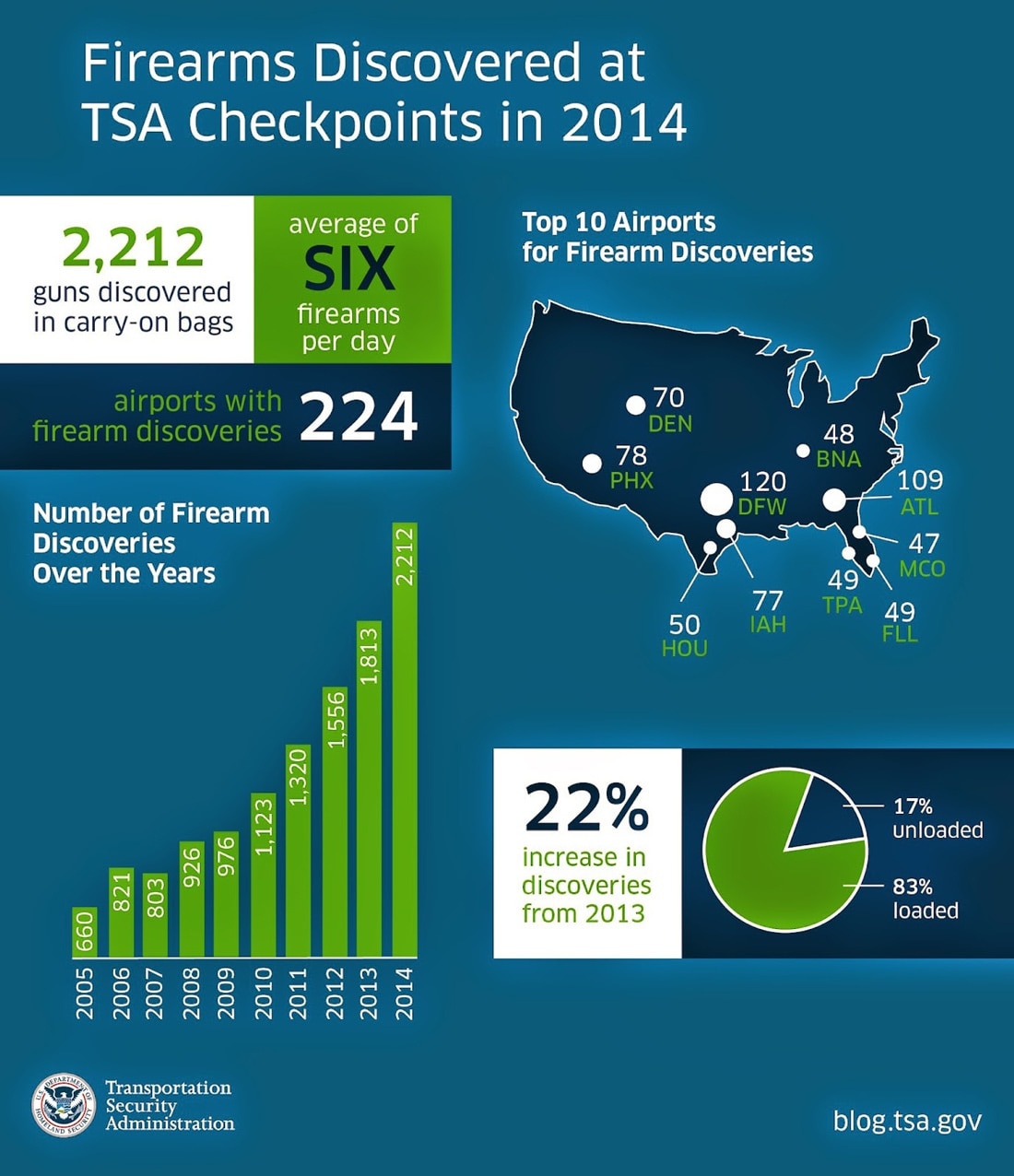 The Transportation Security Agency released stats for 2014 showing its busiest year on record and most guns discovered, the agency announced over the weekend.

Out of the more than 653 million passenger screenings performed throughout the year, TSA officers found 2,212 firearms in carry-on bags at checkpoints across the country — up 399, or 22 percent, from 2013.

Guns were discovered at 224 airports, but the top 10 airports for gun catches include:

Although the final tally is in, the TSA actually broke the record for most guns found 10 month into 2014. By the end of the first of week of November, the TSA found 1,855 guns.

According to TSA guidelines, travelers can transport firearms, but they need to be unloaded, locked in a hard case, and checked as baggage only. Failure to follow the guidelines could result in an $11,000 fine.