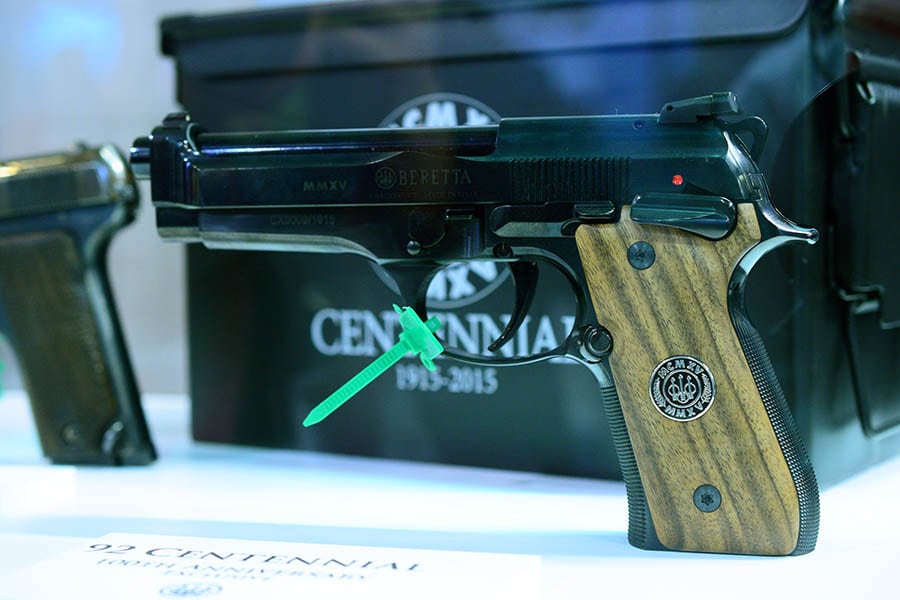 Classic Italian style coupled with all metal construction is a better combo than French fries and mayonnaise, and like that combo, it isn’t for everyone. But for those who do like to dip their fried potatoes in eggs and oil, the 500 year old gun maker, Beretta, announced the M92 Centennial edition.

The Centennial is a hand-blued limited edition pistol celebrating 100 years of the 92 pistol’s service. The handsome pistol’s most notable features include a dovetailed front-sight post and adjustable Novak-style rear notch sights, and walnut grips with an emblem that reads “1915” and “2015” in Roman numerals separated by olive branches around the Beretta three arrow logo. 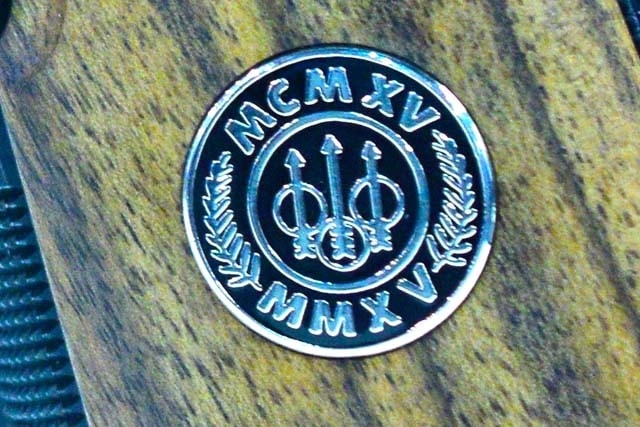 What makes the newest addition to the 92 series noteworthy is the inclusion of a frame-mounted thumb safety. That’s right. The Centennial allows Beretta users something they’ve always wanted but could never have: condition one carry.

When I first learned of the new pistol’s existence, I told my wife that I was going to buy it, “Come hell or high water” Sadly, I may need to take out a second loan on my house, since it’s MSRP is $3,000 — a perplexing price point until you realize that this pistol is going the same way as the Billenium, meaning it’s a limited-edition firearm.

The Centennial should be available second quarter 2015.