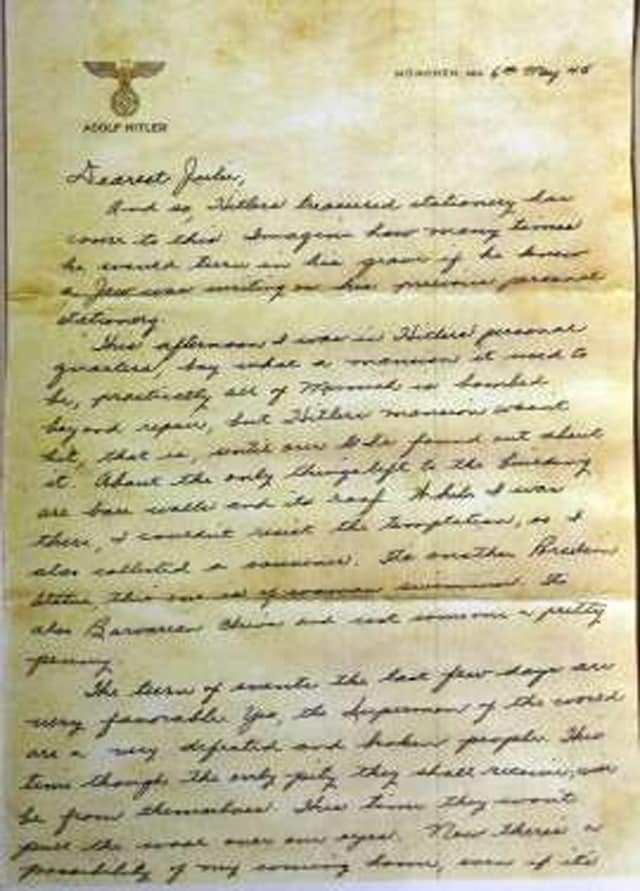 A letter penned by a young soldier from Muskogee, Oklahoma, 70 years ago at the end of World War II, is now housed in the United States Holocaust Memorial Museum in Washington.

“Dearest Julia,” 26-year-old Army sergeant Danny Jacobson wrote to his wife on May 6, 1945. “And so, Hitler’s treasured stationery has come to this. Imagine how many times he would turn in his grave if he knew a Jew was writing on his precious personal stationery.”

Jacobson, who had married his dearest Julia just one month before he went off to war, wrote the letter in the Munich apartment of Adolf Hitler six days after his suicide on the Fuhrer’s own personal stationery found there.

“It’s just a letter,” Jacobson said. “I must’ve sent 20 others on that stationery.”

Jacobson’s son, Joe, didn’t see it quite the same though.

“I had held onto the letter for the past 20 years, pretty much out of sight all that time,” Joe said. “But I realized the letter was an artifact, and I was afraid it would get lost somehow. I was nervous about holding on to it.”

“We’ve been telling him what a big deal this is forever,” Joy said. “It’s part of history.” 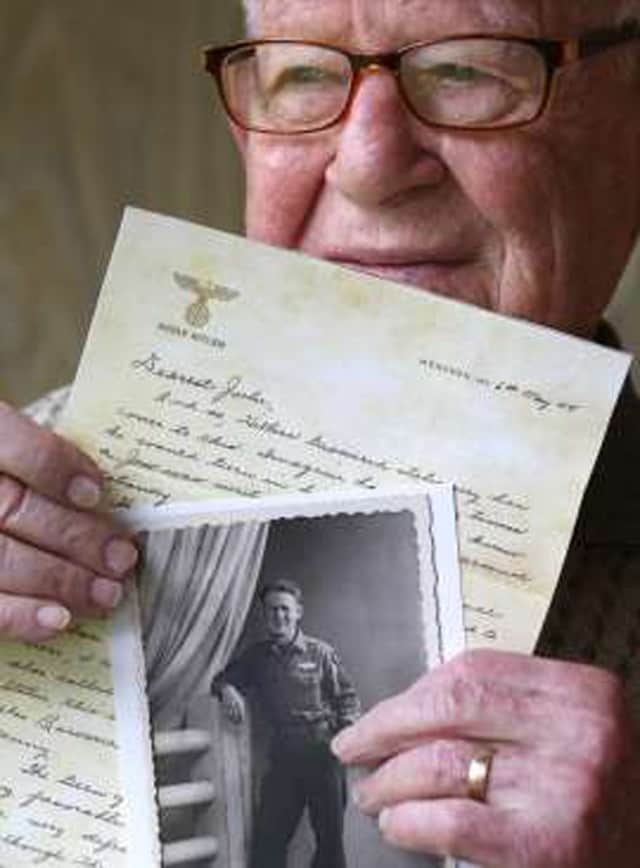