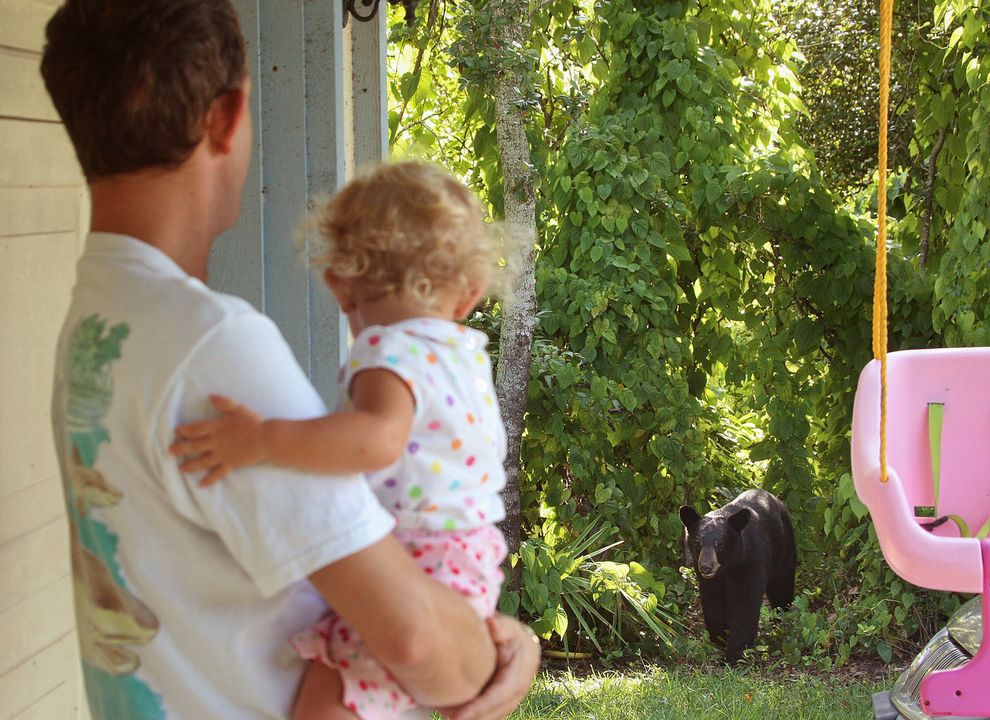 With expanding bear numbers leading to unprecedented attacks and increased collisions with automobiles, the Florida Wildlife Commission is seeking to reinstate the first bear season in over 20 years.

The commission will decide at its upcoming Feb. 4 meeting whether or not to proceed with plans to control the state’s population of black bears through hunting.

This comes as attacks across the state by bears are on the rise.

In Lady Lake four months ago, a retired Michigan transplant killed a 400-pound animal that had broken down the door to his house while last month a 15-year old girl in Eastpoint was attacked and dragged to a ditch by a bear while walking her dog. In the last incident, the teen only escaped after playing dead.

“Four attacks in 18 months is unacceptable and it has caused us to say let’s escalate what we’re trying to do and move forward as quickly as we can,” FWC executive director Nick Wiley told the Tallahassee Democrat.

According to the FWCs current bear management plan, it is estimated that at least 3,000 Florida black bears, a subspecies native to the state, are spread in seven subpopulations. However, this census was conducted in 2002 and the numbers are believed to have exploded since then. The bears, absent a hunting season since 1994, have no natural predators and between 2000 and 2010 an average of 136 animals per year have been involved in collisions with motorists. This is more than triple the average recorded between 1990 and 1994.

As the animals range further in search of food, the FWC is increasingly called in to capture nuisance bears, destroying an average of 15 per year. The number of bear calls that the FWC gets per year also evidences this. In 1990, the agency received just 99 calls statewide concerning black bears. By 2013, this has skyrocketed to over 6,600, with two thirds of these calls being for bears in garbage or someone’s yard.

Worse, the animals are getting larger, with the state’s record for the largest bear being shattered by over a hundred pounds last week when a 740-pound leviathan was captured by FWC officials and destroyed. It had been seen often in a suburban area and, a regular at local garbage cans, had lost its fear of humans.

A proposed solution would be a one-week season in the fall on both public and private lands in the state with permit fees starting at $100 for residents and $300 for nonresidents with proceeds going back to black bear conservation efforts. This would be coupled with a bear feeding penalty law and increased grants for bear-proof garbage cans.

Anti-hunting groups to include the Florida Wildlife Federation, Environmental Action, The Humane Society of the United States, and the state chapter of the Sierra Club are opposed to the measure.

“Such a proposal would not be an effective solution for Floridians,” reads a statement from the HSUS, who supported a failed measure to attempt to curb traditional bear hunting techniques in Maine last fall.

“Hunters target bears deep in the woods far from human neighborhoods, rather than the occasional bear seeking an easy meal from unsecured garbage in suburban neighborhoods. Instead of wasting limited time and resources on a proposal to allow a small number of trophy hunters to procure bearskin rugs, the FWC should focus its attention on helping the public avoid conflicts with bears through effective programs that address the problem at its source, such as using bear-proof trash cans,” the HSUS wrote. 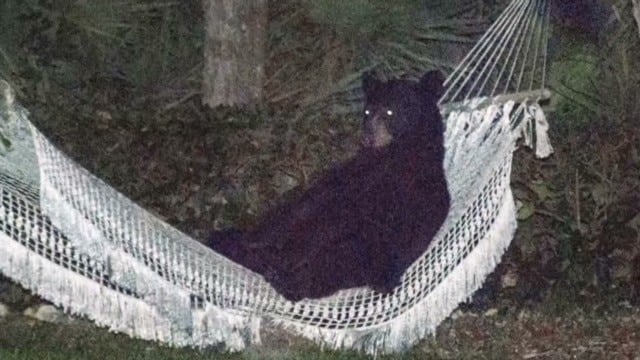 Bears in Florida suburbs have become almost commonplace as evidenced by this one who took a break in his trip through a Daytona Beach neighborhood last May to enjoy a hammock. (Photo: WFTV)

Pro-hunting advocates in the Sunshine State, however, see the reintroduction of bear to the FWC schedule as a logical step that has been long in coming.

“The NRA supports opening up a new bear season in Florida. Bears are attacking people, killing pets and doing property damage,” Marion Hammer, president of the Unified Sportsmen of Florida and past president of the National Rifle Association, told Guns.com.

The advocate explained that the more than two-decade moratorium on bear hunts has had a telling effect on the population, and has caused increased and possibly dangerous interaction with the public.

“When they closed bearing hunting season in 1994, only 30 bears were killed by hunters that year. More than three times that number were killed on our roads and highways last year and the number is growing. Bears are terrorizing homeowners and preventing families from allowing children to play outside in some areas. It’s time to reduce the numbers with controlled hunting,” said Hammer.

The FWC Commission meeting is set for Feb. 4 and 5 in Tallahassee and is open to the public.