Having a bad day? 'Wound Man' probably has you beat 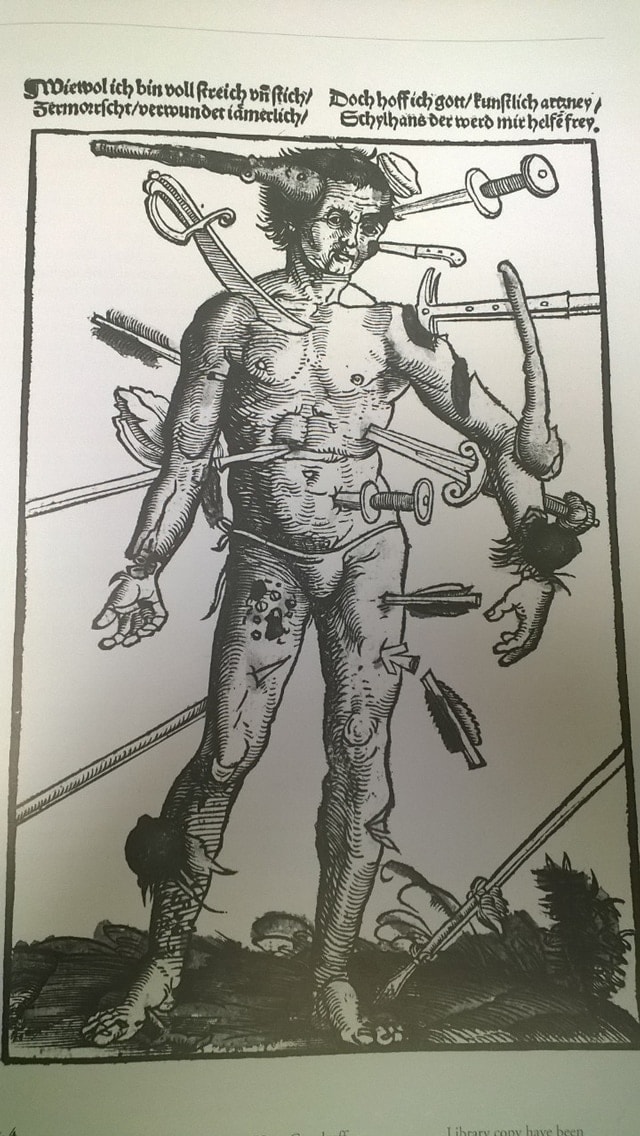 We all have those days where nothing seems to go right, but chances are you’ve never had a day quite as bad as “Wound Man.” This poor guy, apparently used to illustrate possible injuries which could have occurred on a 16th-century battlefield, just can’t seem to catch a break.

The image was uploaded to Imgur, where users immediately had some fun.

“Tis but a scratch,” noted one user, while others focused on specific injuries.

“Is he taking a cannonball to the shin???” Ouch.

“Is there a clam on his head?” Hmm. Strange.

“Is that an almost arrow to the knee I see?” said another user. “Great illustration.”

A different user suggested the creator of the illustration “just finished watching Hannibal.”

Another user simply said, “Sucks to be him.”