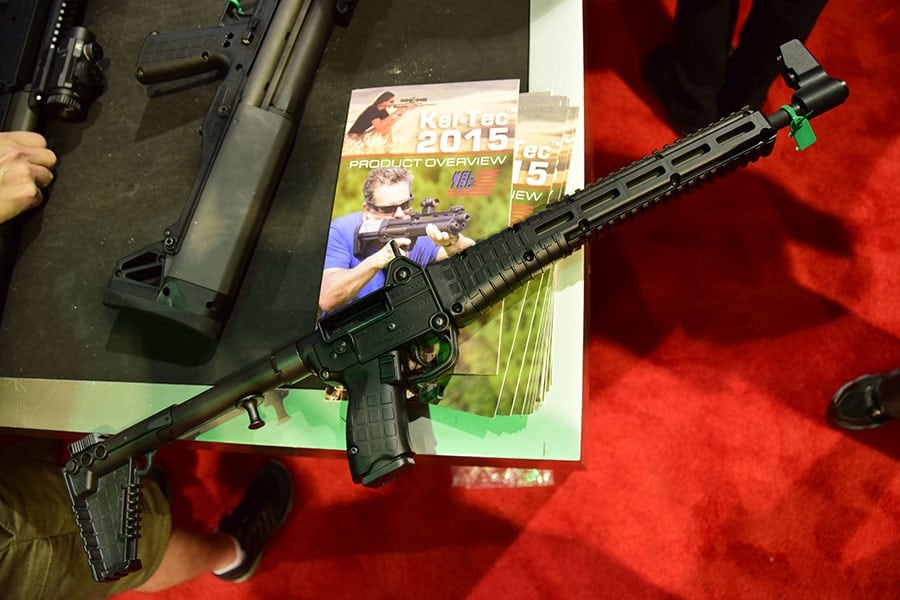 Kel-Tec’s Sub 2000 carbine has a cult-following that rivals the Rocky Horror Picture Show. Everyone who fires one loves it, and for good reason. The ultra-simple folding-design coupled  with its ability to use existing, plentiful handgun magazines make it a great companion to a pistol in the same caliber.

Praised everywhere for it’s light-weight construction and unstoppable reliability, the Sub 2000 does have a few drawbacks. The one most owners complained about was the weapon’s lack of railed handguards. After 14 years, Kel-Tec is ready to add them to the Sub 2000 with its generation two model. 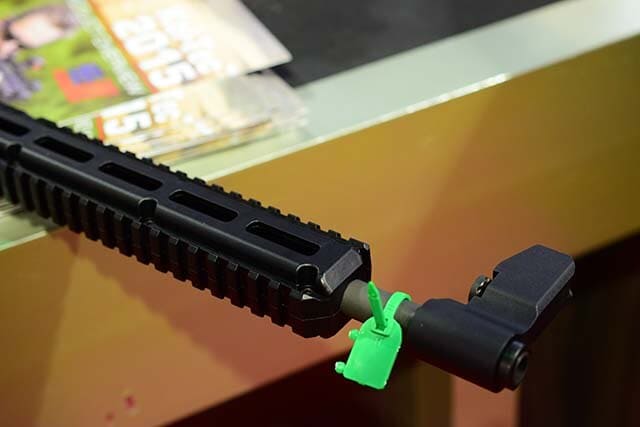 The business end of the Sub 2000 now looks even more menacing with the addition of rails (Photo: Jim Grant)

The rail isn’t simply a picatinny set up, the sides feature Magpul M-lok slots for attaching whatever device a shooter desires without covering the entire weapon in cumbersome rail segments. The other major addition, is the gator-style grip found on all new Kel-Tec pistols.

Buyers worried that Kel-Tec intends to raise the price can rest easy knowing they intend to keep the original’s MSRP of $409. One benefit to the rail that few have recognized, is how it resembles a shrunken down MG42 ventilated handguard.