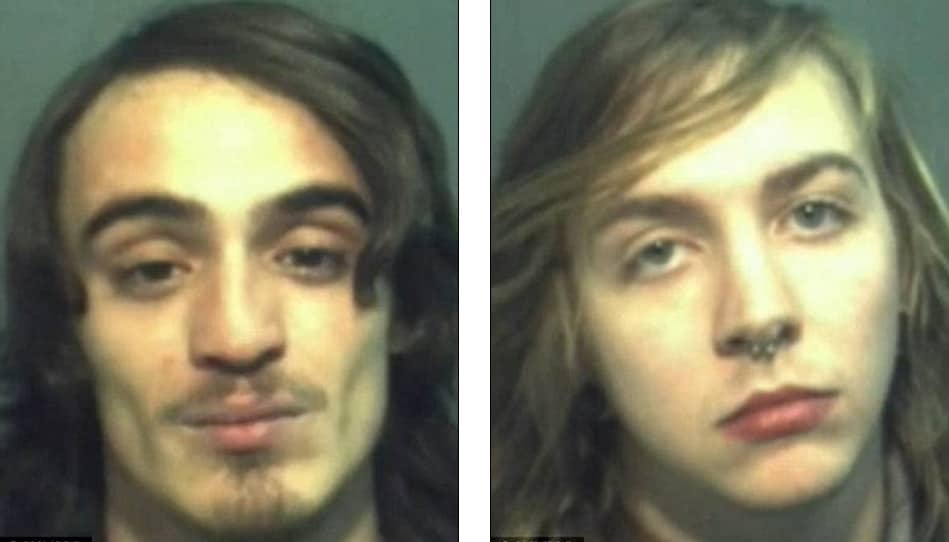 A minor vehicle accident Saturday night in Orlando could have turned violent when the driver and passenger of one car, both armed, approached the other filled with a woman and her kids, but a father and son stopped were there to save the day.

Shelley Moore was driving down the street in bumper-to-bumper traffic just after the Monster Jam at the Citrus Bowl let out around 10 p.m.

As luck would have it, she was sideswiped by a Ford pickup truck, so she followed it in an attempt to flag down the driver, but that’s when things took an unexpected turn.

According to witnesses, the driver of the truck, Stephen Page, leaned out of the window and pointed a handgun at her.

Gary Richie, his wife and his son, Jacob, witnessed the intense ordeal as they walked towards their own car. “My wife yelled at me, ‘He’s got a gun,'” Richie said.

After the driver waved the handgun out of the window, Richie saw the passenger, Cory Gathings, step out of the truck with a shotgun.

“He spun slowly past my family and I with the barrel of the gun and pointed at the van,” Richie told the Orlando Sentinel. “He started walking back toward the van.”

Richie knew he had to intervene at that point, and his son was right behind him.

“When I looked back, I could see there were kids in the car, kids in the van. If I didn’t do something, something bad could have happened,” Richie said. “There are lots of kids and families that are jeopardized by that kind of behavior and it’s just unnecessary.”

Richie and his son tackled Gathings and got the shotgun away from him, but by then, Page was standing next to the minivan arguing with the passenger in the front seat.

The police arrived shortly thereafter and had guns drawn. Richie, a veteran and former cop, held the shotgun above his head to show he was surrendering and not a threat. But then Page charged towards Richie in an attempt to grab the gun from him. However, Richie’s son tackled Page to the ground again.

“If [Page] had’ve gotten that shotgun and stood up with all those police officers with guns drawn, he might’ve been the lone target,” Richie said.

Page and Gathings, both 21, were arrested and charged with aggravated assault. Richie and his son walked away with minor cuts and bruises, but other than that, nobody was injured.

“If I didn’t do something, something bad could’ve happened,” Richie said. “It might not have been the smartest thing, charging a man with a shotgun. But there were a lot of people around. There were kids in that van.”

Richie said his wife was proud of him, but joked that sometimes she wishes he wasn’t so concerned with others.