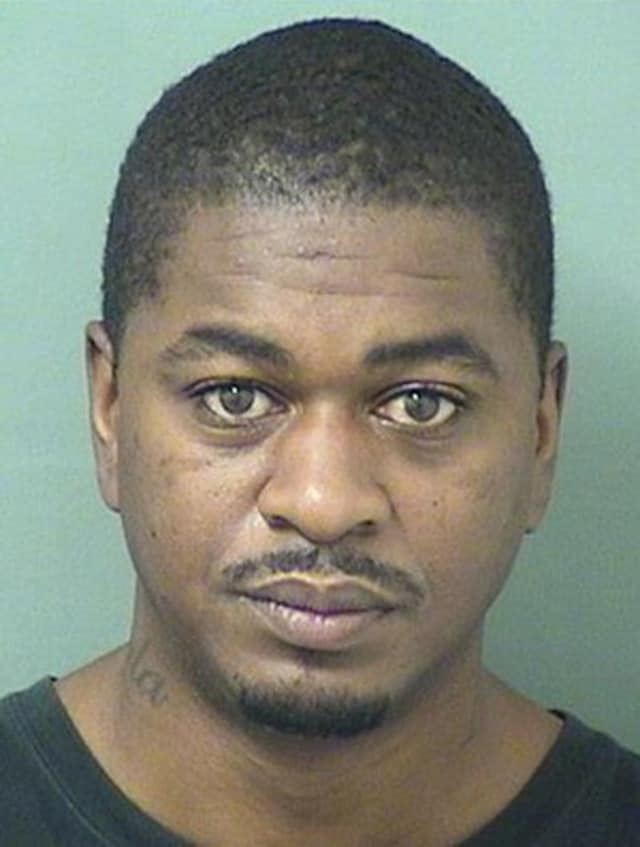 Deondrae Hall, 38, was arrested for disorderly intoxication and corruption by threat.

A Florida man was arrested and charged with possession of cocaine, disorderly intoxication and corruption by threat after an unusual exchange with police officers outside the Boynton Beach Police Department Headquarters early Thursday morning.

“Hey, let me use your gun,” Deondrae Hall said to a detective passing by. “I need to use your gun to take care of some niggas who robbed me.”

Hall’s request went ignored, so he solicited the help of a different officer who was leaving the building.

“Hey, I need to use your gun!” Hall said to the second officer.

According to the officers, Hall had been arguing with another man nearby and was obviously intoxicated. He was arrested for public intoxication, and when officers searched him, they found a small bag of cocaine.

At that point, Hall had some choice words for the officers who refused to let him borrow their service pistols.

“I have a Glock 40 for your pussy ass bitch!” Hall said. “Fuck you juicy pussy cracker bitch!”

The colorful language did little for Hall’s cause.