Opinion: I am anti-violence, not anti-gun 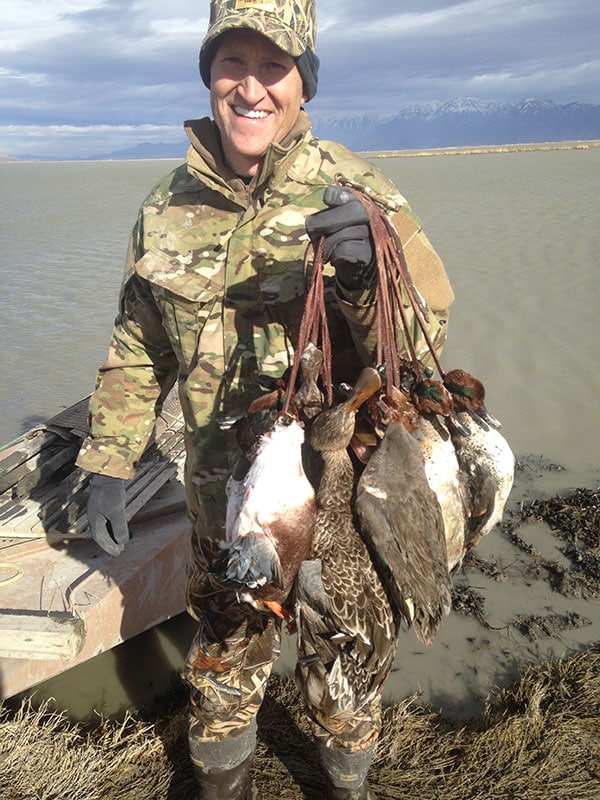 I recently went duck hunting with a Vietnam veteran. He and I have a lot of things in common, the two most obvious being that we both like guns, and we’ve both been to war and back.  Frankly, it was enough to simply share the day blasting ducks with a friend, but even more than that, because of our unique military experiences, we really understand each other which of course leads to a lot of conversation.

On this trip he told me that a few years ago, he worked once as a personal hunting guide to the Allied Commander of the first Gulf War, Gen. H. Norman Schwarzkopf.  You might remember him by his nickname, “Stormin’ Norman”.

One of the most powerful statements I ever read came from Gen. Schwarzkopf.  The time was 1991, and U.S. News & World Report quoted the general saying this:

“A professional soldier understands that war means killing people, war means maiming people, war means families left without fathers and mothers.  All you have to do is hold your first dying soldier in your arms, and have that terribly futile feeling that his life is flowing out and you can’t do anything about it.  Then you understand the horror of war.  Any soldier worth his salt should be antiwar.  And still there are things worth fighting for.”

That’s a thought worthy of consideration.

Now, I’ve been accused of being a lot of things, but it really rubs me the wrong way when people who don’t know me suggest I’m a lunatic gun nut who wants to kill pregnant ladies.  Yes, while I do suggest the thought of having to harm even those who may be hardest to harm in my piece “20 rules for winning gunfights”.  That in no way indicates that I’m eager to shoot anyone, especially pregnant ladies.

Let me get one thing straight: just as Schwarzkopf suggested in the statement above, there’s no one more anti-violence than those who’ve witnessed it firsthand…but there are definitely things worth fighting for.

One person wondered why in my 20 rules for winning gunfights article I didn’t put “Avoid getting in a gunfight” for my no. 1 rule.  Not getting into a gunfight is the best option for survival, bar none—and not only physical survival, but emotional survival as well. Please, do not get into a gunfight.  Avoid violence at all costs.  Never provoke.  Steer clear.  Back down.  Run away if you can.  Live to see another day.  There is no dishonor in retreating if the situation dictates doing so.

But that wouldn’t be winning, which is what my list addresses, it would be just not getting into a gunfight.

There may not be time to leave, retreat or egress.  It might not be tactically prudent to back down in some circumstances. The reality is, you can just find yourself in a gunfight and when that happens, when surviving means physically harming or even killing another person, you need to win.  Win.  By all means, win.

Yes, it may seem a paradox to some that I’m anti-violence.  I am and we all should be.  I believe in protecting myself and my family from violence, and if I’m going to do that, I need to be more skilled with my gun, more mentally prepared, and ironically, more violent in action, than violent, evil people.