Strong early opposition to Vermont gun control efforts, to include the Governor 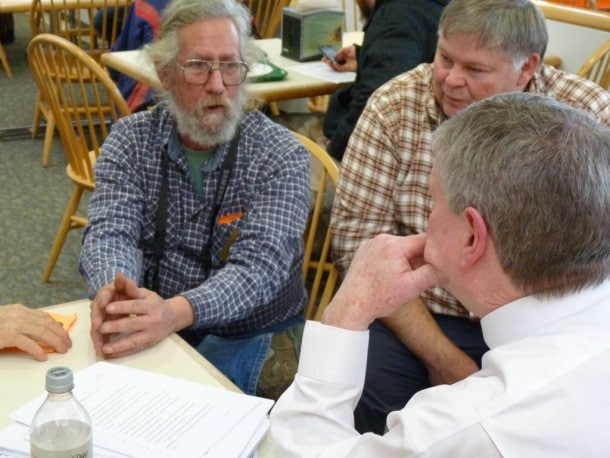 A measure that promises to make Vermont safer by expanding background checks to include almost all gun transfers has made quick enemies at the highest levels of state politics.

The legislation, introduced last week by state Senate President John Campbell (D) with support from Senate Majority Leader Philip Baruth and Assistant Majority Leader Claire Ayer would mandate background checks be performed for most private gun sales in the state. Gun control advocates cite that this would close a loophole in state law.

However, others, including Gov. Peter Shumlin (D), would tend to disagree.

“If you’re willing to break federal laws, you’re likely to be willing to break state laws,” Shumlin told reporters at a rally at the Statehouse Tuesday by some 500 gun rights advocates organized by the Vermont Federation of Sportsmen’s Clubs.

“I think if the federal government isn’t enforcing their laws, that’s a problem. Don’t make ’em if you can’t enforce ’em,” Shumlin said.

Campbell’s legislation, S.31, would prohibit almost any sale between two otherwise lawful gun owners unless they first transfer the gun to a Federal Firearms Licensee who would conduct a background check and fill out required Bureau of Alcohol, Tobacco, Firearms and Explosives’s paperwork, for which a fee could be charged. Those who violate the proposed law could be imprisoned for up to one year or fined $500, or both.

The bill’s sponsor contends that the legislation would not affect law abiding gun owners.

Gun Owners of Vermont President Ed Cutler, who attended the event, is not impressed with what he heard from lawmakers pushing their measure.

“For over 220 years the good and honest people of Vermont have owned and used firearms responsibly,” Cutler told Guns.com. “We have enjoyed that right for as long as they have been keeping records. We have been in the top three safest states in the Union for as long as Vermont has existed. There is no firearms problem in Vermont and there never has been.”

Although Campbell contends that his legislation does not include gun registration requirements, Cutler argues that the paperwork filled out by the licensed dealer is a defacto database.

“On the ATF Form 4473 on the second page is a section the FFL dealer has to fill out. It contains the make, model, serial number, and caliber of the firearm you are purchasing. In our report, we have explained this to all the legislators. If any of them say this bill is not registration is a blatant lie,” explained Cutler.

In the past year, Bloomberg’s Everytown for Gun Safety organization has been largely responsible for backing similar efforts in Washington State and Nevada. The group similarly has been involved in Vermont gun politics even going so far as to run stings on internet gun sales in the state.

Cutler had strong words for Everytown.

“Michel Bloomberg your money is no good here. You might be able to buy a couple of legislators, bribe some news organizations with big dollar advertising and lie about everything you have published in that advertising, but the good and honest people of Vermont can see through you. We will defeat you. You have poked the sleeping bear and that bear has awakened,” said Cutler.