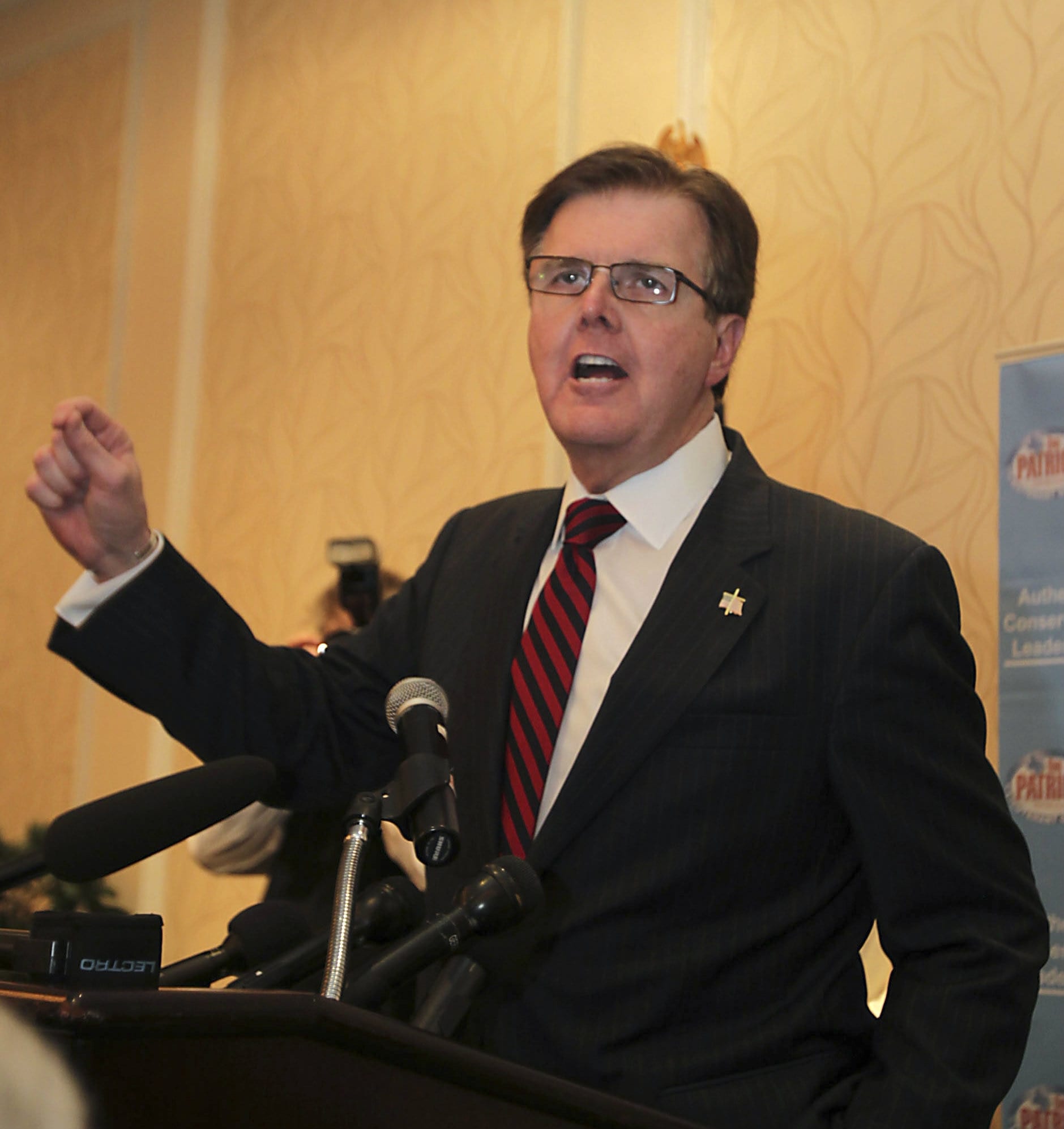 Texas Lt. Gov. Dan Patrick has had to scramble this week to stay ahead of the state’s gun politics. (Photo: Dallas Morning News)

Within a 48-hour period, Lt. Gov. Dan Patrick first said the time wasn’t right for gun reform legislation then praised a campus carry measure while backpedaling to explain his comments.

The confusion began Tuesday when Patrick, who made promises during his election campaign to support a pro-gun agenda, told local media that the state legislature, which began its session earlier this month, had priorities other than passing bills to expand open carry rights in the Lone Star State.

“Second Amendment rights are very important, but open carry has not reached the level of being prioritized at this point,” Patrick said during a Texas Tribune event. “I don’t think the votes are there.”

Within hours, gun control advocates such as the Coalition to Stop Gun Violence, who urged members to contact Patrick with notes of support, celebrated his comments.

This led to an outcry from open carry advocates in the state who have staged very public demonstrations at the Texas Capitol and elsewhere in recent months to drive attention to bills that would expand gun rights.

“Has he been in California the past two years?” Kory Watkins, head of Open Carry Tarrant County told Guns.com via phone on news of Patrick’s statements late Tuesday. “He is going to have to find a new job.”

Watkin’s group then pushed a survey of Texas state lawmakers and published the results to a social media page while his group and other gun rights organizations to include Come and Take It Texas and Open Carry Texas criticized Patrick’s comments and urged a deluge of phone calls and emails on the executive.

Then Wednesday Patrick readdressed his public record on pro-gun issues in a three-part gesture.

First, as his position as head of the state Senate, he referred a campus carry bill, SB 11, to the committee on State Affairs. In 2013, Patrick was a co-sponsor of a similar bill to expand lawful concealed carry to college and university campuses and acknowledged that the current measure, with 19 senators backing it, will likely pass.

Second, in a public statement released with the announcement of the bill’s progress, he clarified his position on open carry legislation.

The Lieutenant Governor even gave a shout out to gun rights groups in his statement, saying, “There are many in the Open Carry movement who are being productive and positive in helping to move the bill forward. The way to pass a bill is to build relationships and explain why your issue is good for Texas.”

Finally, Patrick, pointing out that he had earned an “A-rating” from the National Rifle Association on pro-Second Amendment legislation and was an avid gun owner, he attended an NRA-sponsored event Wednesday night and posted images of him posing with Tara Mica, Texas Liaison for the NRA and David Stroud, President of the Texas State Rifle Association, to his social media soon after.

During the back and forth this week over Patrick’s comments and their meanings, Watkins posted to his group’s page comments that were taken by both national and local media as potential threats against lawmakers unfriendly to open carry legislation.

“Open carry extremists made threatening statements after Lt. Gov. Dan Patrick said he’s not prioritizing a bill permitting the open carry of handguns because it lacks the support to pass,” read a post on MDA’s social media account.

This in turn brought news that the Texas Department of Public Safety, who is responsible for the security of the Capitol complex and the state lawmakers themselves, has provided a protective detail to Rep. Poncho Nevarez, D-Eagle Pass.

On Jan. 13, the first day of the legislative session, Watkins and a group of open carry advocates confronted Nevarez in his office and filmed the incident as it escalated. The video went viral. Following that event, DPS moved to install panic buttons in offices to better address future incidents.

“It’s hard to assess your own security sometimes, to be able to tell what’s what,” Nevarez said to the Associated Press. During the interview, the Democrat had a cased handgun on his desk.

Meanwhile, Rep. Drew Springer, R-Muenster, according to the Houston Chronicle, has passed out about 50 “I’m Poncho” stickers to fellow lawmakers as a gesture of solidarity for Nevarez.

“I thought Poncho handled himself much more respectfully than I have,” said Springer, who is unsure how he will vote on open carry measures currently under review.

The 84th Texas Legislative session is set to conclude June 1.