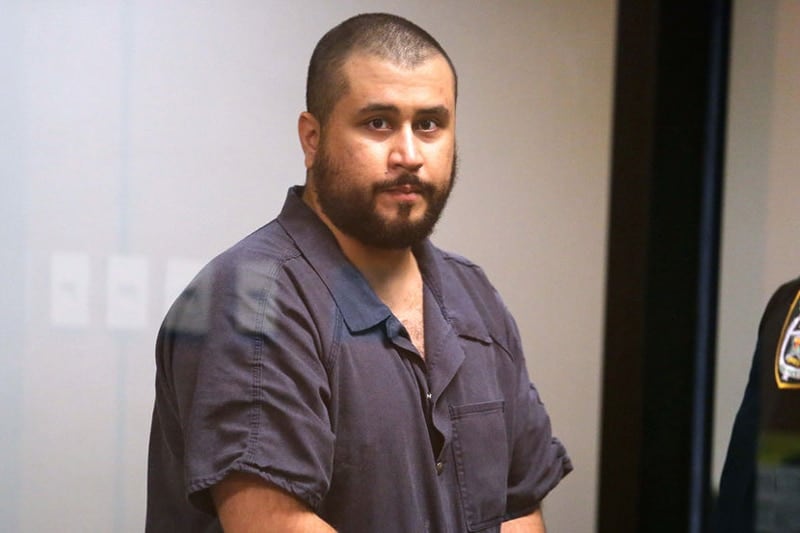 George Zimmerman, 31, before seeing a judge for his Jan. 9 aggravated assault charge.

An aggravated assault case against George Zimmerman was dropped when his ex-girlfriend recanted her story that he threw a wine bottle at her and she stopped cooperating with investigators.

State Attorney Phil Archer announced Jan. 30 that his office will not file formal charges against Zimmerman in connection with a Jan. 9 arrest for suspicion of aggravated assault in Lake Mary, for which he had to forfeit his firearms.

“While it is clear that the officers had probable cause to arrest Mr. Zimmerman … the subsequent recantation by the victim of her initial statement along with new documents provided by the victim and her attorney precludes my office from proceeding further,” Archer said in a statement.

The ex-girlfriend, 28-year-old Brittany Brunelle, stopped cooperating with police investigating the incident and there were no other eyewitnesses.

Also, she recanted her story, denying Zimmerman threw a bottle at her and said that she was never in fear of Zimmerman, Archer said.

Zimmerman gained infamy after he shot and killed 17-year-old Trayvon Martin, and later acquitted of murder charges. His defense argued he acted in self-defense since Martin assaulted him. However, prosecutors claimed Zimmerman instigated the incident.

The aggravated assault charge is one of a handful of run-ins with the law Zimmerman has faced. Months after his acquittal of killing Martin, he was arrested for threatening his ex-wife with a gun and attacking his father-in-law, but the accusations were dropped.

Two months later, in November 2013, Zimmerman was arrested for domestic battery and aggravated assault, this time on accusations by a girlfriend, who claimed he entered her apartment and began destroying property while armed, but charges were dropped.

More recently, in September, a motorist alleged Zimmerman threatened him at an intersection, followed him and then confronted him at a gas station. Those claims were also dropped.