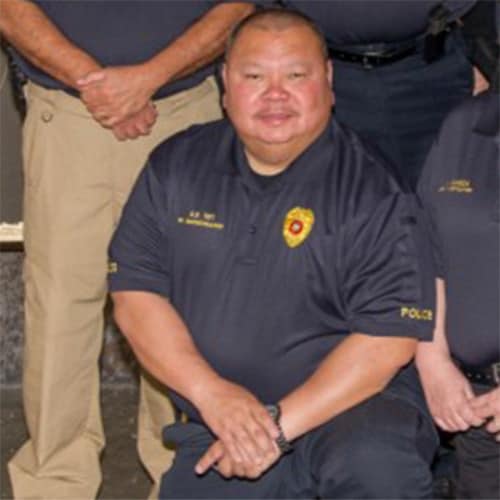 It’s unknown if Anthony Yet is on leave while the incident is under investigation. (Photo: ABC 13)

A late-night altercation at a Vietnamese restaurant in Houston Sunday night ended when an armed patron fatally shot another man after he opened fire inside the establishment.

Anthony Yet, an investigator with Harris County Attorney Vince Ryan’s office, was enjoying dinner with some friends and colleagues just before midnight at the restaurant when two customers entered the establishment and an argument erupted between them.

As the altercation escalated, the restaurant owner apparently asked for Yet’s help in attempting to diffuse the situation, but when the altercation continued, Yet escorted the two men out of the establishment, as requested by the owner.

However, according to a report from KHOU, one of the men walked to his car, retrieved a gun and opened fire as he returned to the restaurant, shooting through the business’s front glass windows. As the gunman then made his way through the front door, Yet pulled his service pistol and shot the suspect, who was pronounced dead at the scene.

There were about 20 customers in the restaurant at the time of the shooting, but no one, other than the gunman, was injured.

The suspect nor the man with whom he was arguing have been identified, but the suspect was said to look to be in his mid-30s. It’s also unknown what triggered the altercation or whether any of the men were previously acquainted.

Yet, who has been a certified peace officer for more than 20 years, has worked with the County Attorney’s Office since 2013.

Although few details have been released at this point, both the Harris County Sheriff’s Department and the Harris County District Attorney’s Office are treating the incident as an officer-involved shooting. The restaurant remains closed at this time and the incident is still under investigation. The County Attorney’s Office will not provide any comments until after the case has been closed.