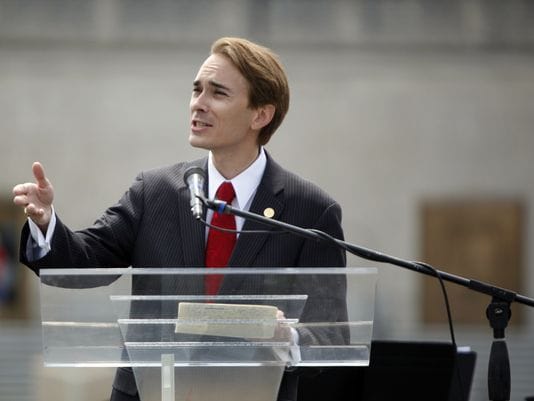 For the first time in decades, National Firearms Act-compliant short barreled shotguns are closer to being legal in Indiana following a 44-6 Senate vote Tuesday.

An SBS, as interpreted by the Bureau of Alcohol, Tobacco, Firearms and Explosives, consists of a shotgun that has a barrel less than 18 inches in length. The current Indiana regulations, dating back to the days when outlaws such as John Dillinger roamed the state, prohibit people from manufacturing, selling, offering for sale, or possessing a short-barreled shotgun.

However those days, and the reason for the ban, argue state lawmakers, have long faded away.

“The reason why it does not go against anti-crime legislation, is that no Class III weapon has been used in a crime to the best of my knowledge in the 50 states in this country for the last 81 years that this legislation has been in existence federally,” Sen. Brent Waltz, R-Indianapolis, co-sponsor of a measure to allow these guns in Indiana, told Fox 59.

The legislation, Senate Bill 433, would allow NFA-registered short barreled shotguns to be owned, sold and manufactured in the state. Anyone wanting to own one or manufacture one has to go through the BATFE for approval. As a backup to anyone using a shortened shotgun in commission of a crime, SB433 provides a 10-year sentence enhancement.

The impact on crime from the measure’s implementation is expected to be minimal. A fiscal note presented with the bill cites that just 3 individuals since 2011 have been convicted in the state for possession of a sawn-off shotgun, but fails to mention if these guns were NFA-compliant weapons or illegally converted firearms. Sponsors of the legislation caution that registered SBSs are rarely, if ever, used in crime.

“They are expensive to purchase, highly regulated and the people who buy those firearms buy them for collection purposes more than anything,” Sen. Jim Tomes, R-Wadesville, a lawmaker backing the legislation, told the Associated Press.

“The idea that you can own a shotgun with an 18.25 inch barrel but not one with a 17.75 inch barrel is absurd,” Todd Rathner, executive director of the NFA Freedom Alliance, a group that advocates for reform of laws governing such firearms, told Guns.com. “These particular guns are heavily regulated by the federal government, and legal versions of them are almost never used in crimes. SB433 just makes good sense, and I hope to see it pass the house with a wide margin.”

Should Indiana’s bill become law, the state will join some 40 others who allow private ownership of these NFA-compliant firearms. In recent years, a Michigan ban on short-barreled shotguns, as well as short-barreled rifles (SBR), was repealed in March 2014 after legislation to do so passed the state legislature by wide margins. Alabama did the same in 2010.

Senate Bill 433 now advances to the Indiana House where Republicans enjoy a 71-29 majority. Should it pass there, it would make it to the desk of Gov. Mike Pence, also a Republican.