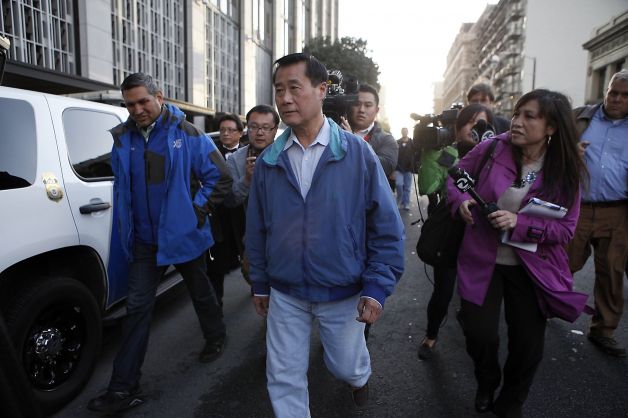 In a continuation of the government’s case against former California State Sen. Leland Yee, a new grand jury indictment has been handed down this week.

The indictment, as reported by the LA Times, alleges that in July 2013, Yee and a member of his campaign attempted to deposit $12,600 in checks to his campaign account that were a product of unlawful activity. At least a portion of the amount is believed to have come from money given Yee by an undercover agent to purchase illegal military-grade weapons from a terrorist contact in the Philippines.

The result is a new charge of conspiracy to commit money laundering.

These new allegations come on top of a federal case made against Yee and dozens of other defendants last March following a four-year investigation. Yee, ironically known for his gun control legislation, was arrested then on a host of charges including plotting to smuggle guns into the country via Islamic terror groups.

Yee, who maintains his innocence, has since used some $128,000 in campaign re-election funds to fuel his legal defense, which is legal according to California state officials.