VA nurse gives veteran the shoes off his feet 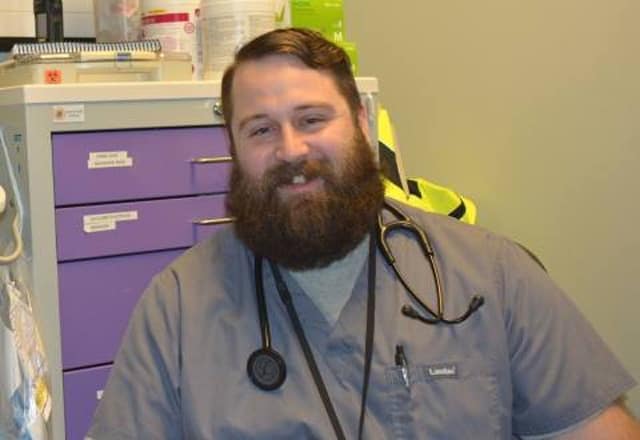 A nurse at the VA Hospital in Salisbury, North Carolina, went far beyond his job duties when he recently saw a veteran in need and filled that need by giving the man the shoes off of his own feet.

Chuck Maulden tended to the man in his mid-60s when he showed up in the emergency room with huge blisters on his feet. Maulden said the man’s shoes were torn and tattered, the soles were worn and coming unglued, and the man’s feet were covered in blisters where the soles had worn through. The man had compression stockings, often used for treatment of conditions of the veins or circulatory disorders, but the socks were matted to the blisters.

Maulden cleaned and bandaged the man’s feet as best he could.

“He kept talking about being in bad water in Vietnam,” Maulden said, adding that he “got the impression the man didn’t always have a roof over his head.”

Maulden said he just didn’t feel right about treating the man, but then simply placing the shredded shoes back on his feet. It was then that Maulden noticed their feet were about the same size. Maulden slipped his own, newly purchased Nikes on the man’s feet and asked, “How does that feel?”

When the man tried to give the shoes back, Maulden gave the man a hug instead, then finished the rest of his shift wearing medical booties over his feet.

Although the incident happened in November, the story resurfaced when the man’s nephew, who had brought him to the ER, told those responsible for the hospital’s newsletter about Maulden’s act of kindness. The story has since circled the internet after being posted on the hospital’s Facebook page.

Maulden, who was reluctant to talk about the incident, said it was something that was easier to do than not.

“I don’t think I could have slept at night if I hadn’t done it,” Maulden said.