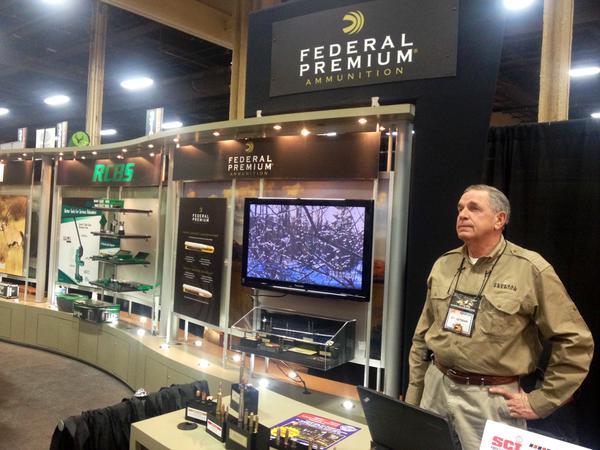 The Federal Premium booth at 2015’s Safari Club convention in Las Vegas. The ammo manufacturer is part of the more than 30 brands under Vista Outdoor. (Photo: Federal Premium)

Third quarter results for Vista Outdoor Inc., a spin off of Alliant Techsystems Inc., continue an industry trend showing a return to normalcy.

Vista Outdoor reported a loss of $11.2 million in the third quarter, but it was not an operating loss and due to a non-cash goodwill impairment charge, according to the filing with the Securities and Exchange Commission. But 2013 saw an increase in gun and ammo sales due to the looming threat of increased regulation.

And nine months into fiscal year 2015, Vista Outdoor reports a profit of $63.6 million.

Third quarter sales totaled $507 million, down 3 percent from the prior-year quarter of $524 million due to a decreased volume in the shooting sports segment.

Of the total, the shooting side — American Eagle, Blazer, CCI, Federal Premium, Estate Cartridge, Fusion, Savage Arms, Speer and Stevens — raked in $309 million, down from the prior-year quarter due to a softening demand for .223/5.56 ammo, primer and firearms.

The outdoor side, which includes holster, clothing and scope and accessory companies, pulled in the other $198 million, up from $141 million the year before.

Like its competitors, Vista Outdoor reminds investors that the drop in sales is not as severe as it sounds.

Vista Outdoor is on the cusp of becoming an entity in and of itself, operating as an umbrella for the sporting and outdoor goods companies of ATK. The company, to be headquartered in Utah, anticipates flying on its own Feb. 9 and traded on the New York Stock Exchange by Feb. 10