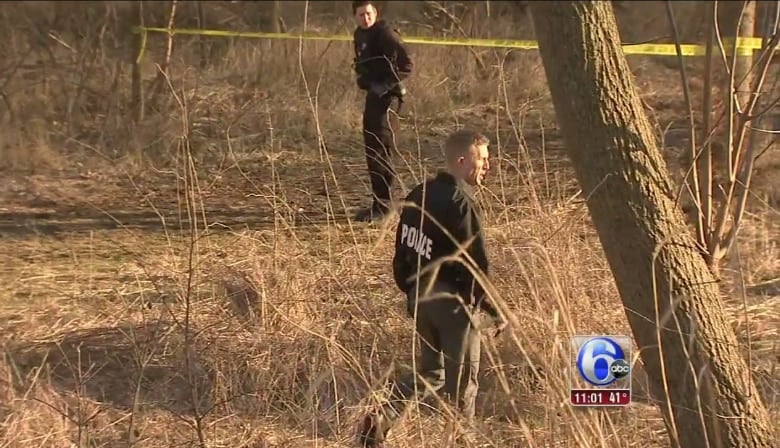 Saul Cohen, who lives nearby, said the park has been problematic in the past. (Photo: ABC)

An attempted armed robbery at an Upper Darby, Pennsylvania, park Wednesday afternoon was thwarted when the intended victim, who was also armed, fought back against his attacker.

The 67-year-old victim was on a walking path around 2 p.m. when he heard someone running up behind him, Upper Darby Township Police Superintendent Michael Chitwood told a local ABC affiliate. As the man turned around, he was approached by the suspect, who was wearing a mask and armed with a gun. The suspect told him to, “Give it up, give me all you got,” Chitwood said.

However, the victim wasn’t ready to give into the demands and grabbed the suspect’s gun. A brief struggle ensued, during which time the victim pulled out his own gun and shot the suspect in the head. The victim then fled from the immediate area, presumably to a safer location, and called 911.

The suspect, who was later identified as 18-year-old Tyler Williams of West Philadelphia, was pronounced dead at the scene. Authorities found that Williams was in possession of at least six cell phones. They also found the mask he was wearing, as well as the gun, which was determined to be a pellet gun.

The victim, who was suffering from chest pains following the incident, was transported to a local hospital, but is expected to be OK.

“He was really shook up, really upset,” Chitwood said. “And I told him, point blank, I said, ‘You did what you had to do and as far as I’m concerned, I don’t see any criminal charges forthcoming.'”

Saul Cohen, who lives nearby and witnessed the suspect lying on the ground before officers arrived, said his neighbor was robbed – and nearly killed – at the same park just two months ago.

The victim said he also saw a second person in the wooded area next to the walking path during the incident, but when shots were fired, that person fled. Authorities are uncertain whether that person was an accomplice or a witness.

Authorities also confirmed that the victim has a valid concealed weapons permit.