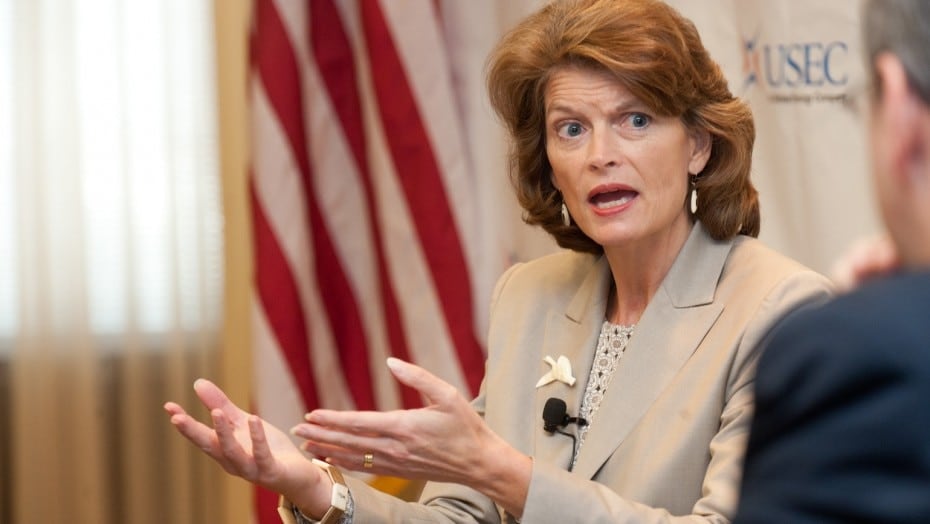 The measure, termed the Bipartisan Sportsmen’s Act of 2015, was introduced Thursday with sponsors from both sides of the aisle in an effort to enact broad reform over everything from allowing guns on U.S. Army Corps of Engineers-controlled land to increasing migratory bird habitat.

“Being from Alaska, I’m lucky. Our hunting and fishing is top-notch,” said Murkowski in a statement. “We learn to love the ‘great outdoors’ very early on in the Last Frontier. We know how to enjoy it today, and we’re committed to making sure that future generations have the same great opportunities. The bipartisan legislation we introduced today will help ensure that our grandchildren have the same opportunities to hunt and fish as we did growing up.”

The far-reaching legislation, which was entered as S.405, includes some 60-pages of modifications to current federal hunting, fishing and conservation laws.

First on the list would be to preserve the use of traditional ammunition by making the current EPA exemptions permanent. Next, states would receive additional authority to use Pittman-Robertson funds to create public shooting ranges.

Additionally, Bureau of Land Management and Forest Service lands able to support recreational hunting and fishing would be mandated to be opened to sportsmen.To help ensure access to these areas, at least $10 million of annual Land and Water Conservation Funds would be allocated to provide for new roads.

Beyond this, the Corps of Engineers would be required to accept state law as it concerns the carrying of firearms on recreational land under its control. This topic has been the subject of both federal lawsuits and legislation in recent years.

To allow for better access to small and independent media groups, permits for film crews of less than five people would be simplified.

Finally, three federal programs that direct tax dollars to conservation needs such as the enhancement of wetlands and attempting to counteract the damage from the Deepwater Horizon oil spill would be reauthorized through 2019.

Gun rights groups, to include the National Rifle Association, welcomed the legislation. The group pointed out that an estimated 15 million hunters pump $38.3 billion into the economy, making the measure common sense.

“Preserving our Second Amendment freedoms and hunting heritage is the core of the NRA’s mission. The Bipartisan Sportsmen’s Act of 2015 advances those efforts,” said Chris W. Cox, executive director of the NRA’s Institute for Legislative Action.

The legislation is broadly similar to a measure in the last session that, although initially widely accepted, was killed after a blizzard of some 81 last minute amendments were heaped upon it by lawmakers. These included one from Connecticut Democratic senators Chris Murphy and Richard Blumenthal that aimed to deny gun purchases to those under temporary protective orders.

Murphy and Blumenthal on Thursday were very publicly throwing support for a renewal of the Clinton-era ban on firearm magazines capable of holding more than ten rounds.

“The Bipartisan Sportsmen’s Act of 2015 is made up of several bills that will help ensure our outdoor traditions are preserved, protected and promoted, said Larry Keane, National Shooting Sports Foundation senior vice president and general counsel in a statement. “This legislation addresses some of the top concerns of American hunters and recreational shooters. Its passage would be a significant accomplishment for the sportsmen’s community and for America.