Opinion: If the Army stayed with Beretta... 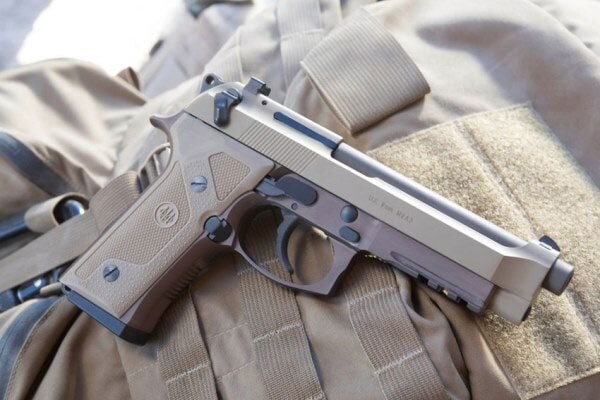 On January 9, 2015 Guns.com reported that the Army passed on the upgraded Beretta M9A3. (Photo: Kit up)

Reports say that Beretta M9A3 got “the official boot“—that the company is no longer in the running for the new modular handgun system.

Well, I heard this before and it turned out to be rumor, so who knows.  While I do have my beefs with the Beretta, the new and improved upgrade may be something worth keeping in the Army’s inventory.  Here’s why:

First and foremost, I think it’s pretty stupid to spend a ridiculous amount of money getting a new service pistol when troops are currently getting kicked out of the military because of drastic cutbacks.

While I wish they’d just keep the old, trusty M9 the way it is to save money, going to a completely new service pistol would cost millions more than just upgrading the current batch of Beretta M9s to the new version.

So, for the sake of keeping GI Joes (and GI Janes) in the Army and to save taxpayer monies, it makes sense to keep the M9 and just do the upgrade.

Secondly, I’m good with the 9mm round.  That needs to stay whichever way they go.  SEALs and 22 SAS have been shooting 9mm ball ammo for years and, regardless of what the caliber wars may tell you, it works just fine.  As I’ve said before, if the military goes to a bigger caliber, they’ll have even more problems producing quality shooters than they do now.

No, the ammo’s not the problem, nor the gun.  Training is the problem.

Third, with the M9A3 upgrade, the grip will be smaller and able to fit more shooter’s hands comfortably, and—and this is a big part—upgrading could allow for some units, if not all units, to switch the safety/decocking lever to just a decocker.  In other words, would allow troops to get rid of the external safety.  Unfortunately, I’m not sure that would happen, but if it did, staying with the Beretta would be fine because that stupid safety lever was one of my big beefs with the original.

Fourth, while I did recommend the Army look at the S&W M&P, I think going that route may not be in the best interest of all shooters because the Army pistol training problem will likely not change.  Since it won’t change, having a DA/SA has the potential to keep the ADs/NDs down and a heavier trigger pull may be more prudent for some shooters.

But my final word is this: if the Army does somehow decide to stay with the Beretta, they will definitely need to get a better training program in place.  Actually, with whatever handgun they choose, they need a more robust training program.  Secondary weapons should be an essential tool in every soldiers’ tactical toolbox, no matter what any analyst thinks.