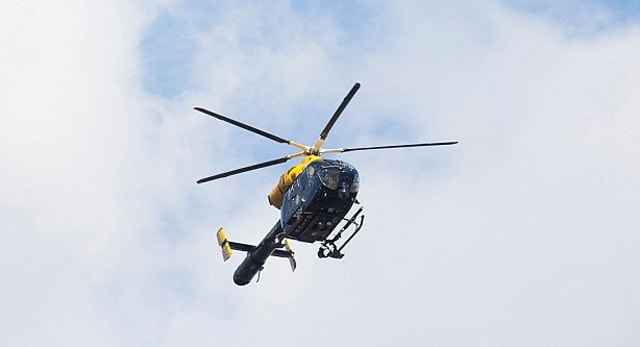 A South Yorkshire police officer is currently on administrative leave after the department discovered he allegedly had a history of using the thermal camera on the department’s helicopter to film couples who were having sex in public places.

The filming apparently occurred back in 2008, but the activity was only recently uncovered when his soon to be ex-wife ratted him out after the couple split in December. Authorities searched the home of Police Constable Adrian Pogmore, a 48-year-old father of two, and found at least one disc containing the questionable material, and after an interview with him decided he “had a case to answer.”