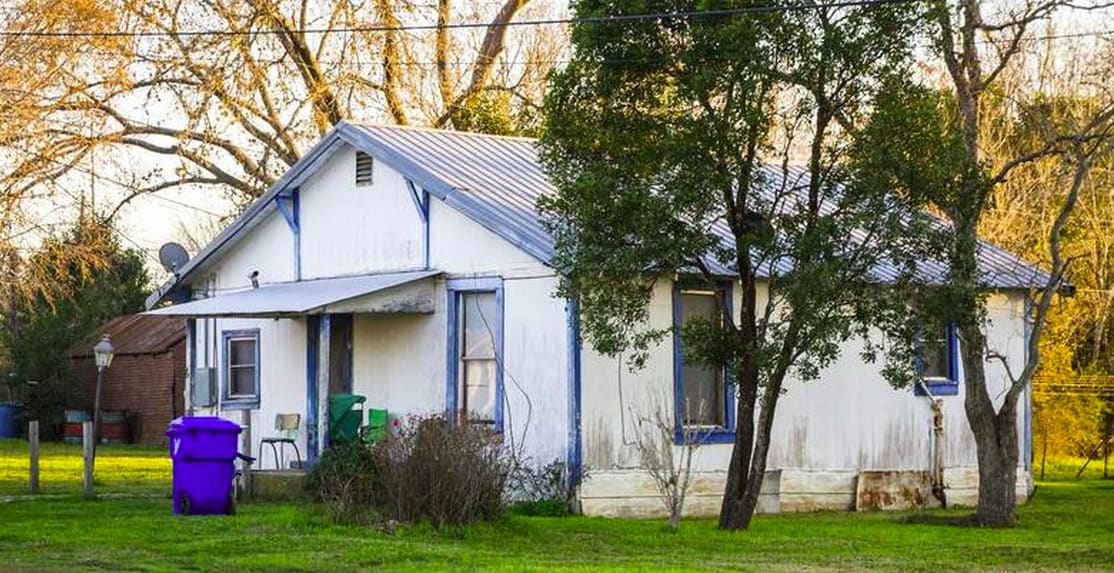 Neighbors said the young man and his father could often been seen outside working on old cars together. (Photo: The Victoria Advocate)

A domestic situation in Yoakum, Texas, Saturday night ended with a 21-year-old man fatally shooting his father, but according to police, the young man acted in self-defense.

Officers responded to a call from the home around 8:30 p.m. and when they arrived on the scene they found 46-year-old Darrell Waligura lying in his front yard, suffering from four gunshot wounds to the upper body. Waligura was taken to the hospital, where he was pronounced dead less than two hours later.

Neighborhood residents told the Victoria Advocate that they had seen Waligura wandering up and down the road with a knife shortly before the deadly altercation. They said Waligura appeared to be drunk.

Yoakum Police Chief Karl Van Slooten said Waligura was still wielding a large knife and a can of pepper spray when the altercation between him and his son, Christopher, took place. The boy’s mother, Darrell’s wife, was also home at the time, but no other injuries were reported.

An autopsy was scheduled to be conducted on the father’s body, and although authorities expected preliminary results by the end of the day Monday, there has not yet been any word on the results.

Authorities did not indicate what sparked the altercation, and although Christopher was initially taken into police custody, he was later released. Van Slooten confirmed that it appeared to be a case of self-defense.

Nonetheless, nearby residents, who said Christopher wasn’t violent and just a “normal kid,” were shocked when they discovered what had happened.

Janie Mariscal, who lives in the neighborhood, said she wasn’t home when the incident occurred, but her parents were and heard the gunshots. Mariscal’s mother said it sounded like fireworks going off.

Alvera and Lupe Gonzales were working on home improvements in a back bedroom when they heard the four gunshots.

Moments later, the couple heard sirens and saw the flashing lights of police cars and paramedics.

“It’s sad we have to see that here in our neighborhood,” Mariscal said. “You could hear the mother screaming.”