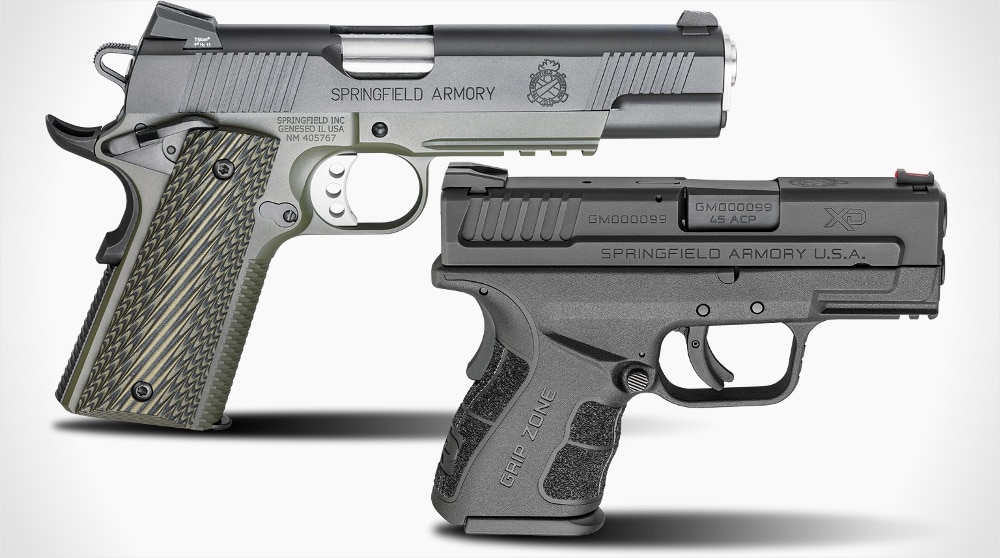 Announced at the top of the year along with the rest of Springfield’s 2015 line-up, these guns have people champing at the bit to get the chance to own and shoot them, even though they’re not entirely new designs. They’re updates, but the kind of updates people pine for.

The XD Mod.2 series brought us the Grip Zone — probably the worst-named new feature in years that still manages to pay off in the hand — a redesigned grip with multiple texture types for an aggressive grip on the front- and back-strap with smooth sides for comfortable concealed-carry.

Like the 9mm and .40 S&W Mod.2s launched before, the Mod.2 .45 ACP is a subcompact double-stack pistol designed for everyday carry. It has two things going for it that the other pistols don’t: a lengthened slide and barrel assembly and a .452-caliber bore. 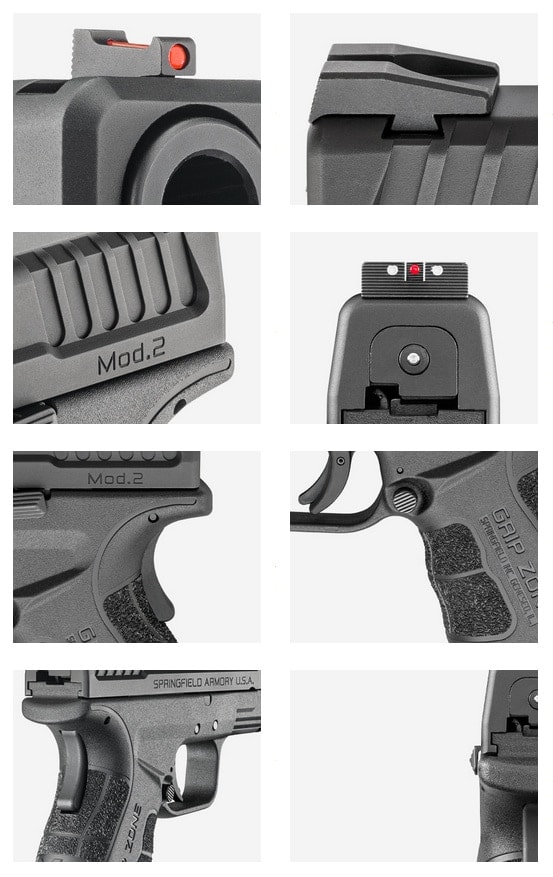 In order to cycle a wider range of .45 ACP loads Springfield lengthened the barrel and slide from 3 inches to 3.3 inches. This not only cements reliability it means that the projectiles will pick up a little extra speed at the muzzle, which will ensure better penetration and expansion if the gun is used for self-defense.

Another benefit is an extended sight radius which is always welcome. Falling in line with the rest of the Mod.2 series the .45 comes with low-profile 3-dot sights including a fiber optic front sight that’s very easy to pick up.

Recoil isn’t an issue thanks to the improved grip texture and geometry. Combined they provide traction and surface area — despite the grip reduction for improved concealability. Even though this is a subcompact pistol it could easily be a range gun, especially with the extended magazines.

Capacity is where it’s at with the new XD that holds 9+1 rounds with the flush magazines and 12+1 with the full-size mags that come standard with a grip extension. These guns are hard to beat when it comes to carry capacity especially compared to other concealed-carry .45s including Springfield’s own XDS series which tops out at 7+1 with extended magazines.

For a more traditional .45 Springfield is re-introducing the Marine Corps Operator 1911 in an all-steel configuration. Modernized with a Picatinny rail, the updated Operator ticks all the orthodox 1911 boxes with just enough new features to make it contemporary as a duty or self-defense pistol. 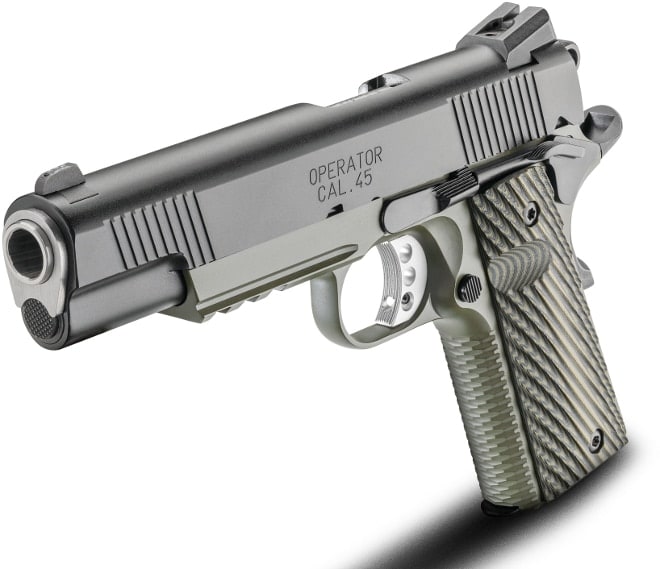 What’s new for the Marine Corps Operator is an improved, checkered grip. The 1911 has long, flat checkering on the frontstrap and mainspring housing that provides a solid purchase but isn’t rough or scratchy like other checkering patterns.

The grip panels have a similar texture and are now cut from G10 composite, not wood. They will last longer and also provide a more aggressive gripping surface.

All the rest of the elements that made the original Marine Corps Operator stand out are prominently featured here. It has an extended, ambidextrous manual safety lever, an extended beavertail safety with memory button, tight front and rear slide serrations, Novak night sights and comes standard with two 7-round magazines.

The Marine Corps operator isn’t inexpensive with a retail price expected to be around $1,100, but the Loaded series is well-known for its quality and fit and finish. These pistols are on-par with many semi-custom brands that cost hundreds more. The XD Mod.2 is much more affordable with a street price of around $500 and possibly even less.

About the only handgun missing in action is the Loaded Operator Black, expected to hit stores any day now.