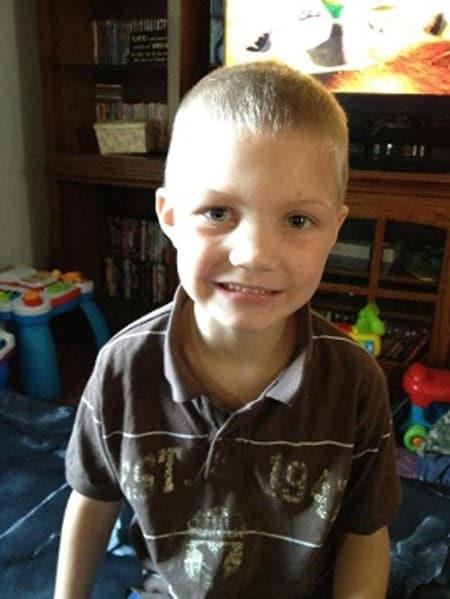 8-year-old Kyle Phelan died after being struck in the head by a piece of the stove.

Four people are facing charges after an experiment with Tannerite and a old stove outside a Sequoyah County, Oklahoma, home went terribly wrong and resulted in the death of an 8-year-old boy Sunday afternoon.

Authorities said Brandon Martin, 22, placed two pounds of Tannerite inside the stove before shooting it with a rifle, causing a massive explosion and sending large pieces of shrapnel flying through the air.

In fact, neighbors told local media that the explosion was so big, it caused the stove to go up into the air. Bill Edwards, who lives next door, said he and his wife heard a lot of people at the home before they heard a loud boom and saw the stove.

“It went right straight over the tree tops,” Edwards said of the stove. “It went way up there.”

The door of the stove came off and hit 8-year-old Kyle Phelan in the head. Pieces of shrapnel also hit the boy’s stepfather, Kodi Branham, in the leg. Branham was treated for his injuries and released, but Phelan was airlifted to a hospital where he later died.

Martin was arrested, along with his parents, Fred and Mary Martin, and Paul Griffin, another man who was at the home during the incident. Brandon is charged with manslaughter for the boy’s death, and Griffin, Fred and Mary are charged with obstructing an investigation.

Although authorities did not elaborate on the details, apparently those involved were not entirely truthful about the events of the day.

“It’s tragic enough that you’ve got an 8-year-old that’s passed away, but you’ve got adults now lying to us about what’s happened,” said Sequoyah County Sheriff Ron Lockhart.

Lockhart added, “Any adult should know whether to put children in danger or adults in danger.”

Tannerite, a binary compound developed for long distance target practice, is generally considered safe, but the makers of the substance have previously warned against using Tannerite for anything other than its intended purpose.

“Unfortunately, you have numerous individuals buying this stuff and using it for different reasons,” said Michael Meadors with the Bentonville Bomb Squad.

The incident remains under investigation and the Bureau of Alcohol, Tobacco, Firearms and Explosives is now involved in the case.