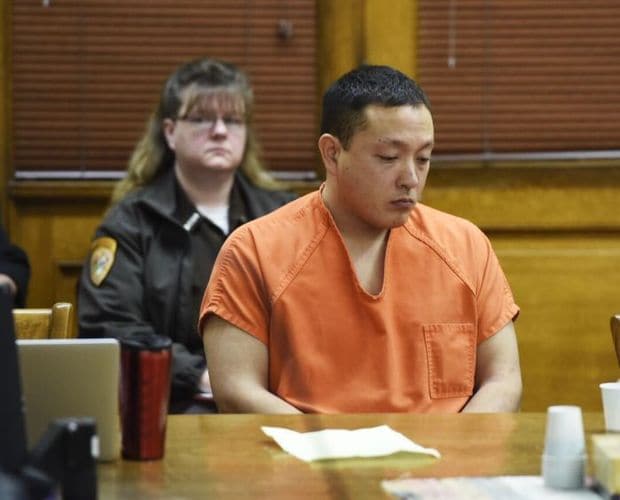 Markus Hendrik Kaarma, 30, of Missoula was given a term of 70 years Thursday following the 2014 shooting of Diren Dede, 17, in his garage.

“You pose too great a risk to society to be anywhere else but the Montana State Prison. Good luck to you, son,” Missoula District Judge Ed McLean said.

Kaarma was charged last April with deliberate homicide after he fatally shot the teen who he found in his garage in the early morning hours of April 28. Dede was an international exchange student from Hamburg, Germany, attending Missoula’s Big Sky High School at the time of his death, which caused an outcry in his native country.

According to court documents, Kaarma waited up after setting a trap for burglars that included a dummy purse, an open garage door, and a baby monitor. After being alerted by the surveillance equipment that two men were in his garage, Kaarma responded with a shotgun and fired four times, two of which hit Dede who later died in the hospital of his injuries.

A trial last December concluded with a Missoula jury handing down a guilty verdict on Kaarma, finding that he was the aggressor and had purposefully lured an intruder into his garage in order to hurt him.

Kaarma faced a maximum of 100 years in prison. However, with the 70 year sentence, he will be eligible for parole in 20.

His legal team is planning to appeal.