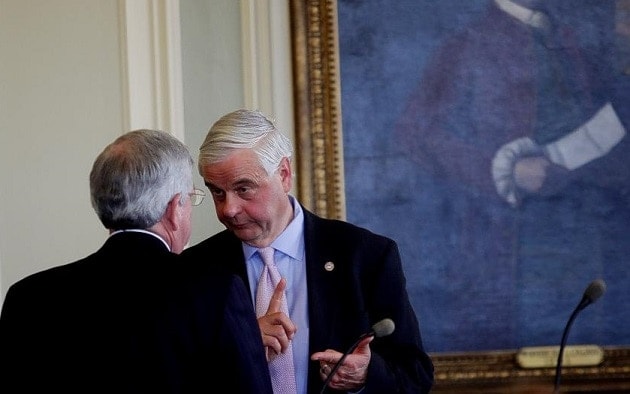 Despite opposition, a pro-gun bill that would allow concealed carry without a permit advanced in an easy floor vote of the New Hampshire Senate on Thursday.

The measure passed in a 14-9 party line vote with Republicans chalking up the win. Currently the practice outlined in the bill, commonly known as constitutional carry, is the law of the land in Vermont, Arizona, Alaska and Wyoming.

As noted by the Concord Monitor, Senate Majority Leader Jeb Bradley, R-Wolfeboro, cited crime statistics that placed New Hampshire as the sixth state when it comes to violent crime. Then explained, “but our radical and our dangerous neighbor to the west — Vermont, which has allowed concealed carry without a license for 200 years without a problem — is the safest state in the nation.”

Bradley’s legislation, SB 116, keeps the state’s current concealed carry permit system that has been in place since 1923. However, it makes clear that the fact those permits exist does not prohibit unlicensed transport or carry of a concealed pistol or revolver in a car or on one’s person if the carrier is legally able to possess a firearm. Keeping the option of issuing permits would allow state residents to carry while traveling to other parts of the country that honor New Hampshire’s current licenses.

In a fiscal note, the state Department of Justice and Association of Counties concluded that the bill would have no impact on revenue or expenditures.

“It’s telling that on the day Governor Hassan presents her budget to lay the foundation of a new generation of economic growth, Senate Republicans are focused on repealing a 92-year-old licensing requirement for concealed weapons over the opposition of the law enforcement community,” said New Hampshire Democratic Party Press Secretary Aaron Jacobs in a statement.

Constitutional carry bills are up at bat and very much alive in other states this legislative session.

In Kansas, a measure that was heard by a Senate committee Thursday currently has enough votes among sponsors alone to pass that body. Like the New Hampshire bill, groups under the Everytown umbrella have come out swinging in protest against its expected passage.

Meanwhile, Second Amendment advocates in Mississippi are pressuring Republican Lt. Gov. Tate Reeves to allow a floor vote in the Magnolia state’s Senate on a CC measure sponsored by Sen. Angela Hill.  Similar measures are afoot in Texas, where Lt. Gov. Dan Patrick drew flak from gun rights groups seeking passage of constitutional carry there when he mentioned that even less expansive open carry measures may not gain traction this year.

New Hampshire’s bill now moves to the state House where Republicans enjoy a healthy 238-161 majority. However, it remains to be seen if Democrat Maggie Hassan, governor since 2013, will sign the bill into law if it makes it to her desk.