Officers responding to call find deer fight is anything but typical 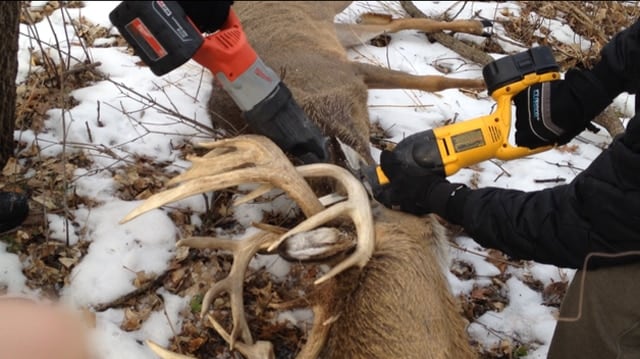 When officers received a call about two fighting male deer in Minnetonka, Minnesota, Sunday morning, they figured it was just an ordinary fight, but when thy arrived and observed the animals, they realized it wasn’t a fight, but one deer desperately struggling to free his antlers from the other deer, which was dead.

“They must have been stuck together like that for hours,” said Officer Ricky Syhre.

After reaching out to various sources for ideas on how to help the animals, while keeping the safety of the deer and nearby residents in mind, the officers decided on a course of action.

One officer tased the live deer to subdue him, while two other officers quickly jumped in and sawed the deer’s antlers free. Moments later, the deer regained his strength and focus and ran away. The officers were able to free the deer in less than a minute and a half.

Lt. Jackie Glaser, with the Minnesota Department of Natural Resources, said it’s not uncommon to find two tangled males, but most of the time both deer are already dead by the time they’re found.

A video of the officers freeing the deer can be seen on YouTube.