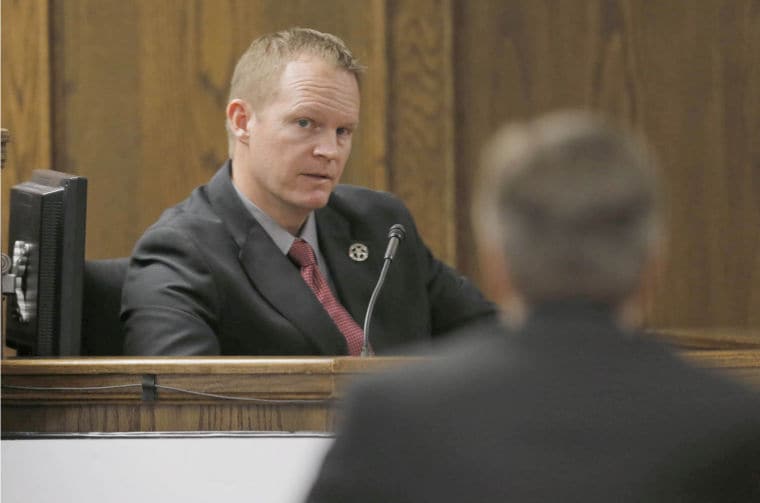 The trial of Eddie Ray Routh continued Monday — day four – with jurors in Texas being played voicemail messages left for Chris Kyle by his alleged killer.

The phone messages were left just a few days prior to the shooting deaths of Kyle and fellow veteran Chad Littlefield at the Rough Creek Lodge gun range on Feb. 2, 2013, according to testimony given by digital forensic expert Jeff Shaffer, The Star-Telegram reported.

“Kind of a sad day when it rains,” Routh said in one of the four messages. “Rain will come and rains will leave. I guess that’s what they do. Alright talk to you later, bye.”

Routh admitted to the killings and his attorneys plan on entering an insanity plea, claiming their client was not in his right mind during the killings.

Texas Ranger Danny Briley also took the stand Monday and called the killings “brutal” and “intentional,” The Empire-Tribune reported. Briley interviewed Routh after he was arrested and said the former Marine admitted he knew what he had done was wrong.

“There was no question that I was dealing with someone violent,” Briley told jurors.

In an exclusive interview with ABC News, Routh’s aunt, Sundae Hughes, said she supports her nephew. Hughes helped raise Routh, but hadn’t been touch with him much since he left for the military. Now the two talk on the phone every week.

“What happened was a very tragic incident, but that was not Eddie,” Hughes told ABC News.