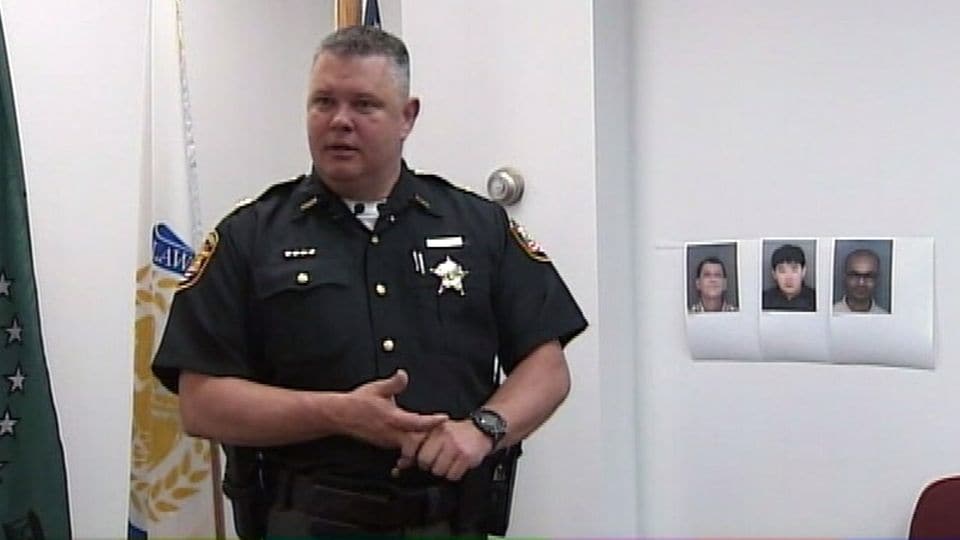 Spicer when he was a member of the Greene County, Ohio sheriff’s office. (Photo: WHIO)

Late of the Greene County Sheriff’s office, Spicer, 45, was charged last April with using falsified documents to illegally obtain a machine gun from a New York firearms dealer. In all, the U.S. Attorney’s office brought seven charges against the former law enforcement officer, of which a jury in U.S. District Court in December agreed that two should stick.

Now, as reported by the Dayton Daily News, prosecutors are objecting to a two-year recommended sentence as suggested by the U.S. Probation Office and in turn are seeking one of between 41 and 51 months.

“The defendant’s pattern of deceptive, dishonest, fraudulent, obstructive, unethical and criminal acts associated with his acquisition, purchase and possession of the machine gun directly violated the GCSO Oath of Office, Code of Ethics and the NFA (National Firearms Act),” assistant U.S. attorney Dwight Keller wrote in court documents, adding, “The defendant’s overall conduct highlights his poor character, lack of respect for the law, his need for rehabilitation, the appropriateness of retribution and a legitimate concern for protection of the public.”

According to the government’s case, Spicer allegedly forged his boss’s name on Bureau of Alcohol, Tobacco, Firearms and Explosives forms to acquire the Heckler and Koch select-fire 5.56mm rifle for $1,684.80 in November 2009, using personal funds.

However some 22 days after his termination by the agency, and while no longer employed as a law enforcement officer, federal agents searched his home and seized the illegal gun leading to charges that could have earned him up to 65 years in prison as well as $1.75 million in fines.

The jury ultimately found Spicer guilty of knowingly possessing the machine gun and possessing the gun without proper registration. These charges carried a possible sentence of up to 15 years in prison. Jurors handed down a not guilty verdict in charges of making a false statement to law enforcement, false statement during purchase of a firearm, knowingly making false entry on application or record, and possession of a firearm in violation of the National Firearms Act.

Spicer’s attorneys, who are busy appealing the conviction, are not pleased with the counter recommendation of prosecutors.

“We’re going to leave it up to the judge and let it go through the process appropriately,” said Mark Webb of Spicer’s legal team. “But we think that Eric should be exonerated of all of these charges. If it goes to sentencing, this is a case of an individual with no criminal history and with, in fact, a highly decorated record of being a law enforcement officer.”

No sentencing date has been set for the Spice.