A woman spent her last moments pleading for help on a 911 call before her husband gunned her down Thursday night in Granbury, Texas.

As a domestic dispute escalated LaVera Aiken Dooley, a well-known businesswoman, tried to escape her husband by retreating to her car, where she called police around 10 p.m. But as she tried to leave, her husband, Tommy Dooley, blocked her car and opened fire.

The chilling encounter, right down to the woman’s last breaths, were captured on the 911 recording where LaVera is heard “crying, screaming, hollering for help,” said Hood County Sheriff Roger Deeds.

The recording, however, has not been released per request by the District Attorney. 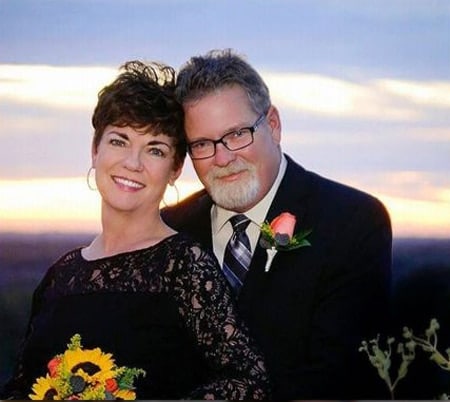 The couple was involved in another domestic dispute just last month, in which LaVera called 911 for help. (Photo: ABC)

When officers arrived at the home in the gated community, they found LaVera’s body slumped over inside her car. Deeds confirmed to local media that she had been shot six times at very close range.

LaVera was pronounced dead at the scene and her husband admitted to authorities that he was the one responsible for her death.

The couple had only recently been married, but authorities said this was the second 911 call they received from LaVera over a domestic concern. The previous call was placed less than a month ago, and Tommy had left the home before police arrived. The details of that incident are not known.

Tommy is now charged with LaVera’s murder and being held with a $500,000 bond. Police have not yet released a motive for the shooting.

Those who were acquainted with the couple are trying to make sense of tragic situation. John Mark Davis, who lives nearby, said he has known LeVera for 16 years.