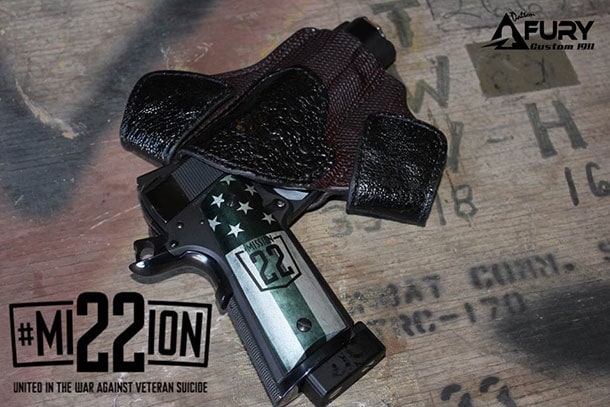 Delta Force operator and best selling author Dalton Fury has created a custom 1911. The gun will be raffled off in support of Mission 22’s efforts to help combat veteran suicide. The “22” references the number of veterans who commit suicide every day in the US. (Photo: Dalton Fury)

Several years ago, before he wrote Kill Bin Laden, I was able to get to know Delta Force Commander Dalton Fury a little better.  Thankfully, I was able to chat with him for a Guns.com exclusive interview as well.

Now, I know Fury conceals a Glock because he said so in the interview.  While there’s a debate between the Glock and the 1911, I really wanted to learn more about his interest in the 1911, specifically the new custom gun he built to support Mission22, who are fighting the war against veteran suicides

Jeffrey Denning: Let’s talk 1911s.  Tell me about your background with the 1911 and what attracts you to the gun? 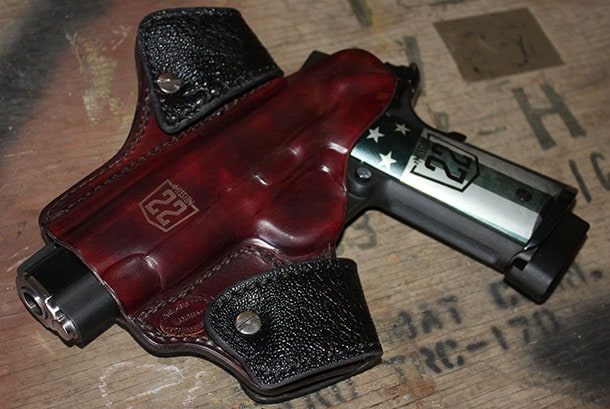 Fury was issued two Caspian 1911 pistols, which left a strong impression on him. His custom built handgun promises to draw upon these experiences. (Photo: Dalton Fury)

Dalton Fury:  I’ve always had a deep passion for the brilliance and forethought of John Moses Browning and how he and his brothers were able to design and build a buffet of firearms that changed the course of history. Specifically, their introduction of the M1911 .45 ACP, that has stood the test of time, is the most recognizable pistol in the world, and remains one of the most sought after firearms.

My father carried one as a member of the 173rd Airborne Brigade in Vietnam and I first fired a M1911A1 .45 ACP in 1983 as a young Army Ranger in 1st battalion. I then forgot about it as I became an Infantry officer and was issued one Beretta M9 after another for years.

Then, at the Unit, every operator was issued two custom Caspian 1911s—yes two. One standard Govt. model 5″ and one Govt. model with compensator.

You learn real fast that anyone can fire an M4 accurately in the house, but what you do when the long gun goes down is what really matters. If you are still moving to your point of domination in the room, the question is can you transition to your sidearm and still put two .45 hardball rounds in the same 2×4 inch cranial box to meet the standards expected of an operator?

One of the things that really captured my attention and seared my soul was learning the legend of Somalia MOH winners Randy Shughart and Gary Gordon, and how they blindly and faithfully relied on each other, their training, and their Unit issued .45 until the very end. In an outfit where precise marksmanship was an absolute requirement to remain in the ranks, much was determined by your abilities, or not, in how you handled not just a long gun but equally a 1911.

Untold hours on the ranges and in the shoot houses transitioning from long gun to hand gun on the move, offhand shooting, rapid mag changes in full kit, demo shooting for visiting VIPs, dry firing, etc. was common across the board. The best unit operators were not only experts with long guns, but the 1911 as well.

When you are on the range or in the house with guys like Larry Vickers, Tony Copper, Kyle Lamb, Pat McNamara, John McPhee, Tom Spooner, Grinch, Ski, Stormin’, Falcon, and B-Monkey you take improving your abilities with the 1911 .45 ACP very seriously. I never came close to their standards, so maybe building custom 1911s is a good alternative.

JD: You recently became passionate about gunsmithing.  What was your drive? 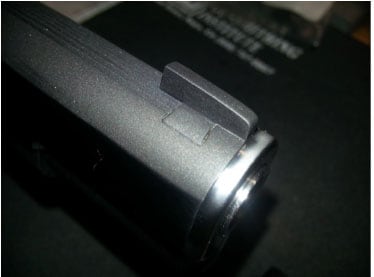 What really impressed me more than those operators’ skills, and has stayed with me the most over the years, is the skill of the pistolsmiths that diligently labored inside the Unit arms room day after day, taking in our pistols with a smile, even when they knew we weren’t faithfully cleaning them, weren’t really tech inspecting them, basically just blasting thousands and thousands of rounds thru them with full confidence that they’d run forever. When they didn’t, we’d drive back up the hill, sheepishly hand it to a pistolsmith, answer a few questions about the problem, give an opinion or two about what the issue was which often was received with another smile and a nod from the smith.

“Lubing her up often enough?”

I always asked to enter the smith’s domain, studiously peaking over their shoulders as they diagnosed the problem in what seemed like seconds, quickly fixed the issue, test fired in the tube, then handed it back and said, “give it a try, should be perfect now!” I was always in a hurry to catch back up to the troop down range, either to bust some more plates or help police expend brass, than to hang around and bug the ‘smiths for 1911 knowledge. I’m no longer in a hurry now, but still have a lot of pistolsmithing to learn.

I had the honor of being Larry Vickers’ very last troop commander. He taught me a lot and certified me for IDPA back then. Since then I’ve taken my inspiration from some phenomenal pistolsmiths like Chris Williams who built 1911s as Blindhogg customs, and now a top bladesmith and metal craftsman. Besides Chris, I’ve leaned on Jim Garthwaite, Bob Dunlap, and Joe Chambers. All are geniuses with the 1911 with decades of experience, but Bob taught me the difference between a “parts swapper” and a “pistolsmith”. And, of course, the example of the Unit’s pistolsmiths, who probably prefer to stay incognito, continues to inspire me in my shop.