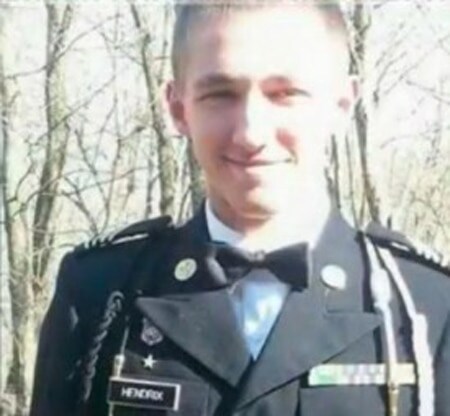 Those who recently interacted with Jason Hendrix said nothing seemed out of the ordinary. (Photo: WKYT)

What was initially a traffic stop for a speeding violation in Baltimore on Saturday, turned into a police shootout with a 16-year-old driver, believed to be the killer in a gruesome triple murder.

As investigators work to piece the evidence together, it appears that Jason Hendrix shot his mother, father and 12-year-old sister execution-style in their Corbin, Kentucky, home sometime Wednesday before fleeing the area with four guns and a backpack full of ammunition. Hendrix left in his parent’s Honda Pilot and made his way towards the east coast, although authorities are unclear at this point why, as he had no family or known acquaintances in the area.

When officers attempted to pull Hendrix over for speeding, the teen first led them on a chase before he opened fire, striking one officer, who was saved when the round hit his bullet proof vest. However, authorities returned fire, killing Hendrix.

Once officers discovered that the vehicle was registered to an owner in Kentucky, local law enforcement were contacted to conduct a welfare check on the family. It was then that the bodies of Hendrix’s family were found.

“Right now all the evidence points toward him as being the shooter,” said Corbin Police Chief David Campbell.

The Hendrix’s were described by neighbor Michelle Payne as “your classic small town family.” Kevin and Sarah were beekeepers who sold honey at a local farmer’s market, and Sarah was also a professor at a nearby college. Grace was a cheerleader for her middle school, and Jason was involved in his school’s ROTC program and an avid church-goer. In fact, authorities believe he went to church Wednesday evening after he shot his family.

Drew Mahan, the pastor at Jason’s church, described the incident as “unimaginable” to local media. Mahan said he can’t understand what may have prompted the violent episode and that nothing seemed to be out of the ordinary when Jason came to church Wednesday night.

However, Campbell confirmed that after speaking with Sarah’s co-workers, they discovered Jason was upset and angry that his parents had taken away his computer privileges. Although authorities did not confirm that they believe this to be the motive for the killings, reports did indicate that it’s a possibility.

Meanwhile, the incident remains under investigation.