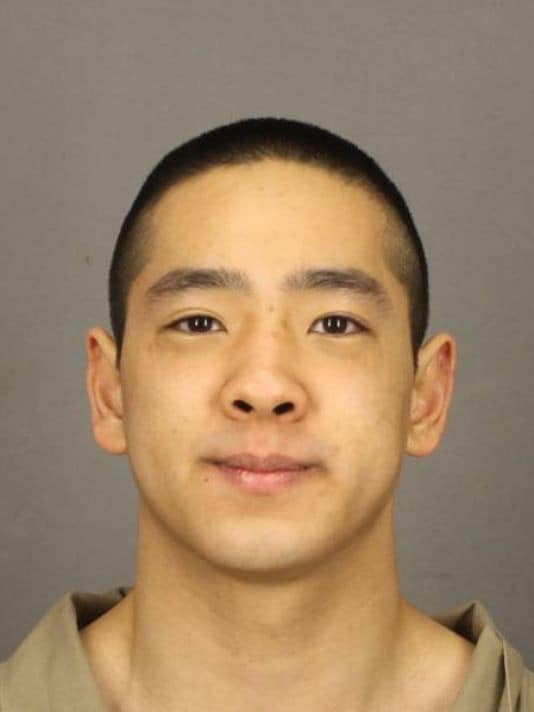 A 19-year-old man who claims he fatally shot his father in self-defense last week was indicted by a grand jury for second-degree murder, but the community still stands behind the teen and many believe that the shooting came as a result of many years of physical and emotional abuse.

Police were called to the Pittsford, New York, home on Feb. 9 around 6 p.m. for a domestic disturbance, the Democrat and Chronicle reported. When officers arrived, Charles “Charlie” Tan and his mother, Qing, were standing outside. Inside the home, they found the body of 49-year-old Liang Tan, Charlie’s father, who had been shot in the chest, arm, neck and face, and a shotgun was found in the garage.

Authorities have released very few details about the case, but records show that officers were called to the home several times in the past for domestic disputes. Investigators and friends of the family have learned that Charlie, his brother, Jeff, and mother had suffered years of physical abuse from Liang – abuse which had a history of at least 20 years.

Friends, family and all of those acquainted with Charlie said he was an all around great guy who everybody loved – a smart, all-American kid who was the class president and played football. Charlie was always quick to help anyone in need, friends said, whether it meant unloading groceries or shoveling snow from a driveway. Neighbors said Charlie would sometimes babysit their kids.

But family friend Cheryl Rohrer told WHEC that Charlie, his brother and mother were victims of Liang’s ongoing abuse, and she, as well as many others, feel that’s what prompted the fatal shooting.

“I mean that’s the only logical answer for this situation,” said Rohrer, who believes Charlie was either acting in self-defense or protecting his mother when the shooting occurred.

Kareem Tawil, who went to high school with Charlie, said he was well-known and well-liked in the community.

“He’s just a great kid and most of us feel a little guilty,” Tawil said. “We had a sense that his home life wasn’t that good.”

Samantha LiMuti, who lives across the street from the Tan family, said Charlie was the “sweetest kid.” She also said she would often hear yelling from inside their home, even when the doors and windows were all closed.

When the grand jury’s decision was revealed Friday, more than 100 people gathered outside the court to show their support for Charlie. As he exited the building, supporters yelled, “We love you, Charlie” and “Stay strong, Charlie.”

Charlie remains in the Monroe County Jail without bond.