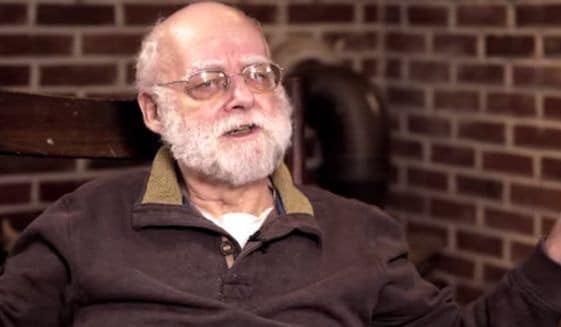 Gilder said as soon as his legal troubles are over, he’s moving out of New Jersey. (Photo: NRA News)

A 72-year-old retired schoolteacher is facing a possible 10-year sentence after authorities in New Jersey discovered he had a mid-1700s flintlock pistol in his car.

Gordon Van Gilder spoke with NRA News last week and explained the predicament in which he has found himself.

Gilder, who collects 18th-century antiques, explained that he was pulled over by a Cumberland County sheriff’s deputy for a minor traffic violation in November. During the traffic stop, the deputy asked to search Gilder’s vehicle, to which Gilder gave him permission but also informed the deputy that he had recently acquired the 300-year-old flintlock gun, which was still in his glove box, unloaded and wrapped in a cloth.

After searching the vehicle, the deputy sent Gilder on his way and the man thought that was the end of it. However, the following day, according to Gilder, four police officers showed up at his home with a warrant for his arrest. Gilder was walked out of his home in handcuffs and taken to jail because he did not have the proper paperwork for the gun, which by federal definition isn’t even legally considered a firearm.

“It’s a mid-1700s flintlock bonafide antique pistol, unloaded, and yet he’s facing the same draconian penalty as if he had a .44 magnum loaded on his person. It doesn’t matter. There’s no distinction,” said Gilder’s attorney, Evan Nappen, who specializes in gun law and successfully represented Shaneen Allen, the Philadelphia nurse with a valid concealed carry permit who faced similar charges when she was stopped in New Jersey on her way to a birthday party last year.

At this point, Gilder is looking at a minimum 10-year sentence, which for all practical purposes the 72-year-old said is a life sentence. Nappen said he could take a plea bargain, similar to Allen, but, if convicted, he would still be a felon, which means he would likely lose his retirement plan that he spent more than 30 years earning.

Gilder said the system is an insult to decent people and warns others of coming to the state.