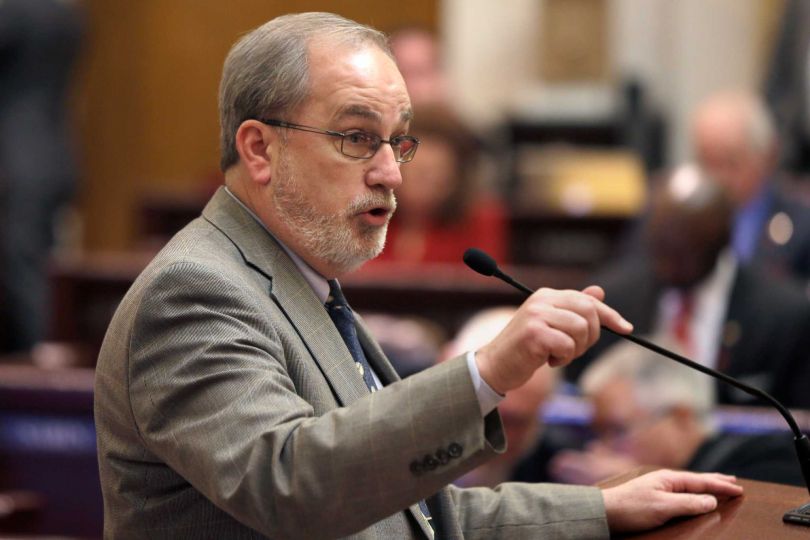 Rep. Kim Hammer, R-Benton, saw his bill to allow members of the military between the ages of 18 to 21 apply for Arkansas CCW permits pass unopposed through both chambers of the statehouse this month. (Photo: Arkansas Times Union)

Legislation that allows current and former members of the military who are over 18 but not yet 21 to apply for an Arkansas concealed carry permit sailed through the state legislature this week.

The measure, introduced by House Republicans just three weeks ago, won widespread bipartisan support and passed with a 95-0 vote in the lower chamber before garnering another  impressive 34-0 win in the state Senate Tuesday.

“The bottom line is … if we can send our 18-year-olds off to war, and they can be trained to the level where they’re proficient to defend [themselves] in war, it’s not right that they come back and not be able to defend themselves back in their homeland,” said Rep. Kim Hammer, R-Benton, the legislation’s sponsor. “We need to give them that consideration.”

Hammer’s measure, HB 1190, removes restrictions on Arkansas residents between 18 and 21 years of age on applying for a state concealed carry permit providing they are current members of the military or reserves. This would include those who are former members providing they are honorably discharged.

The measure was transmitted to the Governor’s Office Wednesday. Gov.  Asa Hutchinson (R), who was formerly the head of the National Rifle Association’s “National School Shield Initiative” Task Force formed after the Sandy Hook shootings, is not expected to oppose the measure.