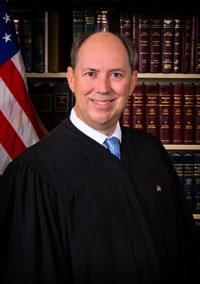 An appeals court on Wednesday upheld Florida’s long-standing law that prevents the carry of firearms openly, citing that it does not, “destroy the core right of self-defense enshrined in the Second Amendment.”

The case came in an appeal of a second-degree misdemeanor conviction of Dale Norman, 24, who was found guilty by a lower court for Open Carrying of a Weapon outside of his home.

Florida is just one of six states in the country that ban open carry and are in a club that includes California, New York and Illinois. With the ruling this week from a three judge panel of the state Fourth District Court of Appeals, it will remain in that club for the time being, backed up by the court’s interpretation of state law.

“The Florida Legislature’s authority to regulate the manner in which citizens can exercise their right to bear arms derives as much from the Florida Constitution as it does from the Second Amendment,” wrote Judge Mark Klingensmith for the unanimous panel in a 27-page decision. “A key difference between the state and federal provisions is that the Florida Constitution, unlike the U.S. Constitution, explicitly states that the manner in which guns are borne can be regulated.”

Referencing recent federal cases that allowed the carry of firearms outside of the home to include Heller, McDonald and Peruta, the panel concluded that the state, to be in accordance with the U.S. Constitution’s Second Amendment, could not ban both concealed and open carry. It also did not have to allow both, and Florida chose to pick concealed over open carry.

“After determining that the statute does not destroy the core right of self-defense enshrined in the Second Amendment and Florida’s constitutional guarantee, we are guided in our analysis by the holding in Heller I establishing that Second Amendment challenges are no longer susceptible to a rational basis review,” wrote Klingensmith.

Citing the fact that in Florida, with a population of some 19 million has over 1.5 million concealed handgun licenses active through its shall-issue permitting scheme, obtaining a permit to carry is a simple process, Klingensmith saw no reason for Norman’s conviction to be overturned.

“Defendant does not argue that the requirements to obtain a Florida permit are unreasonable to the point of making the law unconstitutional,” wrote Klingensmith. “Defendant was not prohibited from obtaining a concealed weapons permit – indeed, he possessed one at the time of his arrest.”

The court also did not lend credence to the possibility that Norman had ever on the day he was arrested by Fort Piece Police officers carried his holstered pistol concealed, citing the fact that video of him taken that day showed him with a tight fitting shirt and the gun openly displayed at all times.

Second Amendment scholars weighed in on the case Wednesday, agreeing with the decision in part.

Second-degree misdemeanors in Florida, which Norman is appealing, are punishable by up to 60 days in jail and a fine of up to $500.00.

Florida Carry, a state gun rights group that supports Norman, posted to their social media account Wednesday that they plan to appeal the decision to the state supreme court.