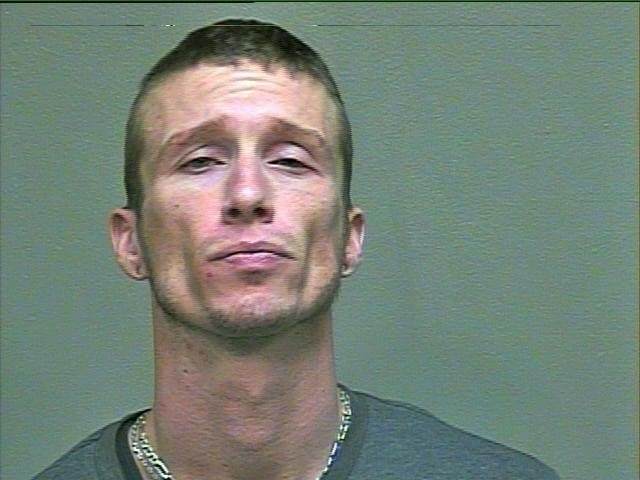 A mugshot of Kody Gallian before he was shot in the face. (Photo: Oklahoma County Jail)

An attempted burglary in Edmond, Oklahoma, Tuesday morning came to a bloody end when the homeowner shot the intruder, who was later discovered to be the man’s former stepson.

According to Jenny Monroe of the Edmond Police Department, Christopher Davis was awakened just before 7 a.m. by the sound of his dog barking. When Davis went to the front door, he found a man outside wearing a mask and armed with a baseball bat, local media reported.

The suspect forced his way inside the home before hitting Davis with the bat, and after a brief scuffle, the homeowner was able to get away and grab a handgun from his kitchen. Davis then fired three shots at the suspect, striking him in the face, neck and arm.

The suspect then fled from the home, and Davis called 911 to report what had happened. However, just a few minutes after Davis placed the emergency call, police received a second call from a woman who said her boyfriend showed up at her apartment covered in blood. The woman was unaware of what had transpired when she called 911, but thought that the man had been shot.

The injured man was transported to a local hospital. His injuries are not believed to be life-threatening and he is expected to survive. Davis only suffered minor injuries during the altercation.

Authorities discovered that the injured man was the same suspect wanted for the break-in and attack at Davis’ home. They also identified the suspect as 29-year-old Kody Gallian, the son of Davis’ ex-wife. Davis believes that his ex-wife is somehow involved in the attempted burglary, but police have not confirmed that suspicion.

Authorities said Gallian’s vehicle, as well as the baseball bat, was left at Davis’ home.

Monroe said Davis’ home was targeted and it wasn’t a random break-in, but nonetheless, neighbors are feeling a bit uneasy.

Gallian, who had prior charges for assault and battery, malicious injury and destruction of property, has been charged with first-degree burglary and assault with a dangerous weapon.