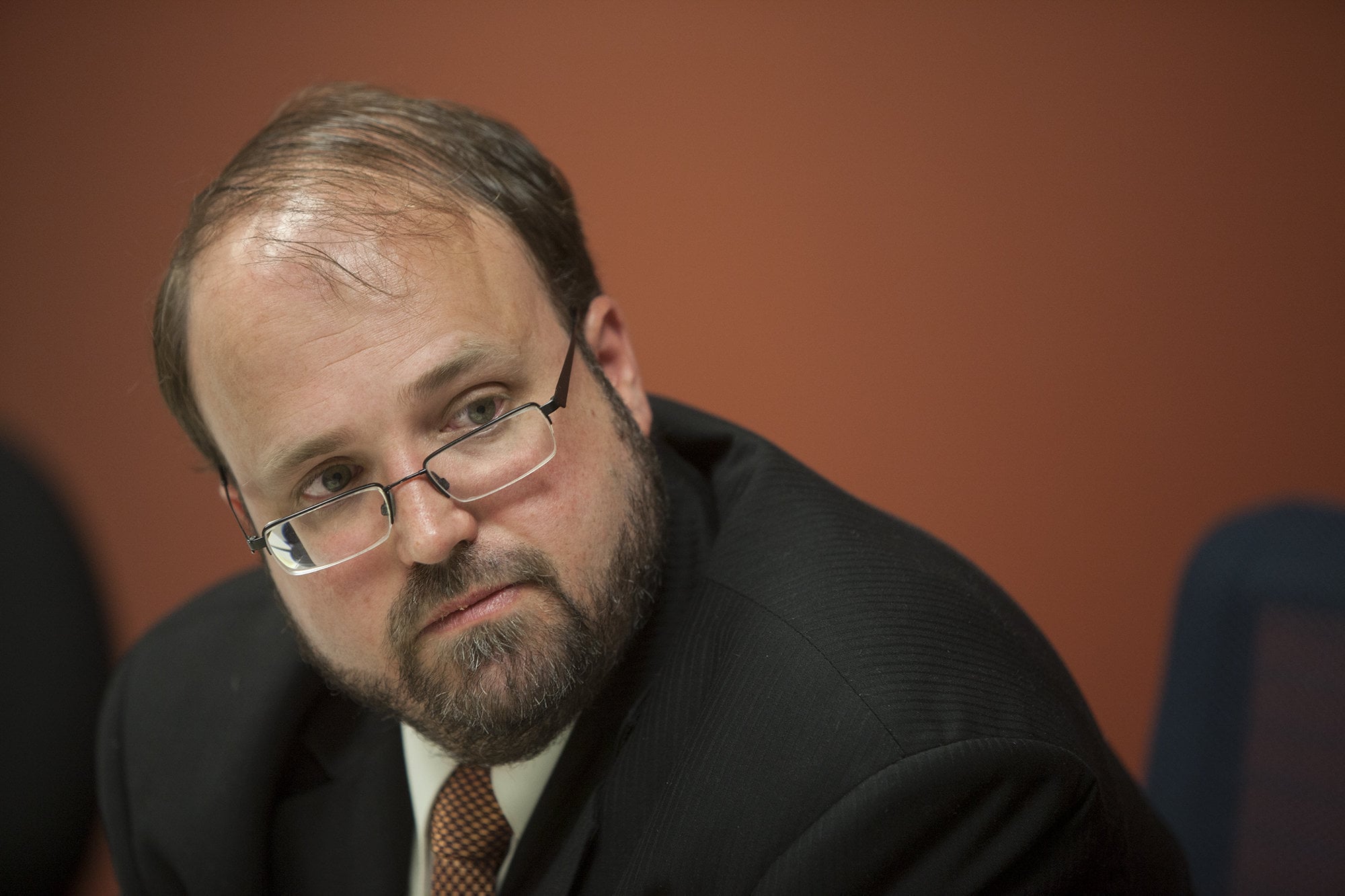 Harrisburg Mayor Eric Papenfuse on Wednesday debuted a plan to enable the cash-strapped city to take on a myriad of lawsuits against its strict gun laws by asking for tax-deductible donations.

The city of some 50,000 that houses Pennsylvania’s capitol is facing an expanding collection of suits arrayed against it by gun rights groups who take exception to a set of five local gun ordinances that are in excess of state law.

The flood of litigation is due to Act 192, signed into law last year by then Republican Gov. Tom Corbett. As outlined in the language of the law, member groups such as the National Rifle Association can stand in for local citizens in challenging ordinances in court that exceed the state’s own gun laws.

The gun rights group at the time called the bill “the strongest firearms preemption statute in the country” and a “much-needed protection for gun owners in the Keystone State.”

However, Papenfuse is not backing down.

“We believe these ordinances are in the best interest of public safety, and Act 192 is nothing more than a reckless payoff by certain members of the state legislature to their political funders in the gun lobby,” reads a statement on the city’s website for its Protect Harrisburg Legal Defense Fund, unveiled Wednesday.

The city itself has spent the past two years limping down the road to financial recovery highlighted by millions in unpaid debt and harsh restructuring. Papenfuse feels this made the town low-hanging fruit.

“Harrisburg was targeted because of its tenuous financial recovery and the mistaken assumption that we would not have the financial wherewithal to defend ourselves,” reads the Protect Harrisburg site. “We will not be intimidated by threats of outrageous lawyers’ fees and staggering court costs.”

According to reports from Penn Live, the city could be in the minus column for as much as $250,000 for each lawsuit it’s currently facing, the figure derived from the municipality’s insurance deductible.

“It could end up costing the city quite a bit,” Papenfuse said. “We’ve only had two cases so far, but imagine three, four, five. You could see quite an impact.”

The two cases that have made it to the courts were filed first by U.S. Law Shield followed closely by a second on behalf of a consortium of groups to include the Firearms Industry Consulting Group, American Gun Owners Alliance, Concerned Gun Owners of Pennsylvania, Firearm Owners Against Crime and Pennsylvania For Self Protection – represented by noted Second Amendment attorney Joshua Prince.

However, the National Rifle Association is also contemplating litigation in the state and thus far has brought suit against Lancaster while filing paperwork exploring the same against both Pittsburgh and Philadelphia.

“To head off the confusion caused by a patchwork of local gun laws, the Pennsylvania General Assembly passed a law prohibiting local governments from imposing gun control laws that are more strict than state laws,” explained NRA spokesperson Jennifer Baker to Guns.com. “These municipalities directly defied the Pennsylvania General Assembly when they enacted these illegal and unenforceable ordinances. They are finally being taken to task for their illegal behavior.”

The gun rights group sees an easy out for cities like Harrisburg.

“The ball is now in their court. They can rescind the illegal and unenforceable ordinances in compliance with Pennsylvania law or they can continue to disobey Pennsylvania law and explain to their constituents why they are wasting taxpayer dollars defending their own illegal actions,” Baker said.