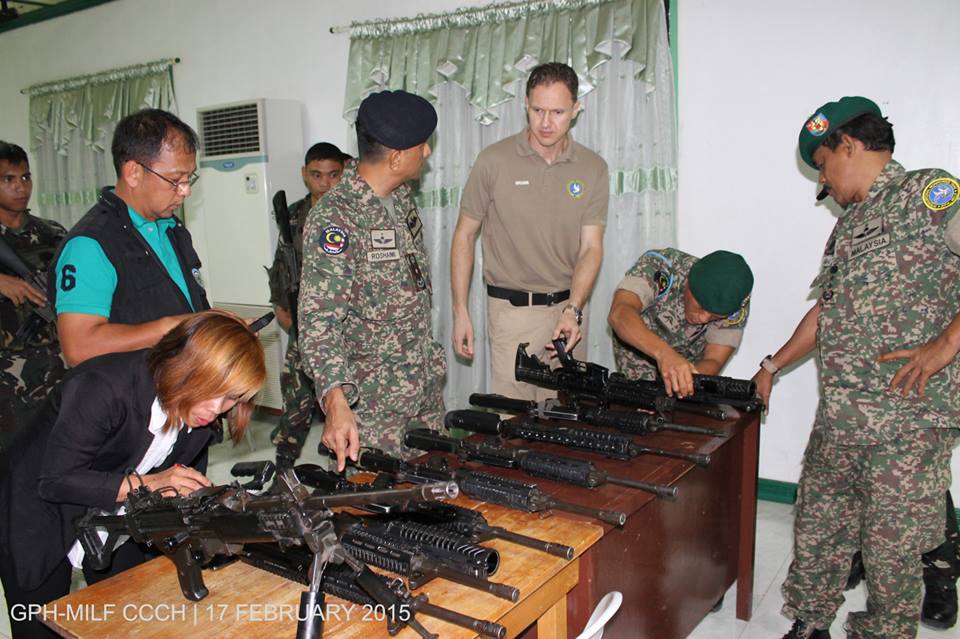 Philippines Armed Forces personnel inspect 16 weapons returned to the government by Islamic rebels on Feb. 18, 2015. (Photo: Office of the Presidential Adviser on the Peace Process)

To keep a peace deal on track, members of the Moro Islamic Liberation Front this week returned the weapons of police anti-terror commandos killed in a raid earlier this year.

The group, named in an expansive federal case last year against former California State Sen. Leland Yee, turned over at least 16 weapons to include belt-fed machine guns to government officials that were captured during an encounter with police in January that left 44 Special Action Force commandos and 18 Muslim rebels dead. The goal of the return was a gesture of good will to prevent the region from being further destabilized following a lengthy cease-fire.

The 11,000 strong rebel group, which dates back to the 1960s, aims to carve out greater autonomy in the Philippines for the Muslim minority in the South of the archipelago.

In an affidavit unsealed last year, Yee spoke of going to the island of Mindanao, which he described as “a war zone,” and shooting weapons there similar to the ones he was attempting to deal. Yee later claimed the rebels were being financed by Mummar Gaddafi before that Libyan dictator’s death and were well supplied. With a pending peace treaty with the government, the group had excess weapons in its arsenal that could be bought.

Yee himself was back in the news recently when a new federal grand jury indictment was handed down earlier this month for conspiracy to commit money laundering.

“I hope and pray that our leaders and our people will understand and appreciate the meaning of this event, work with us to heal the wounds and move forward,” Deles said in a statement. ‎”Our grief has been palpable as we mourned the loss of so many in a single day– government enforcers, rebel group members, and civilians — all Filipinos and brothers and sisters to us all.”

However police officials still point out that another 50 weapons captured by the rebels are still missing.