Armed robber no match for a pharmacist with a .45 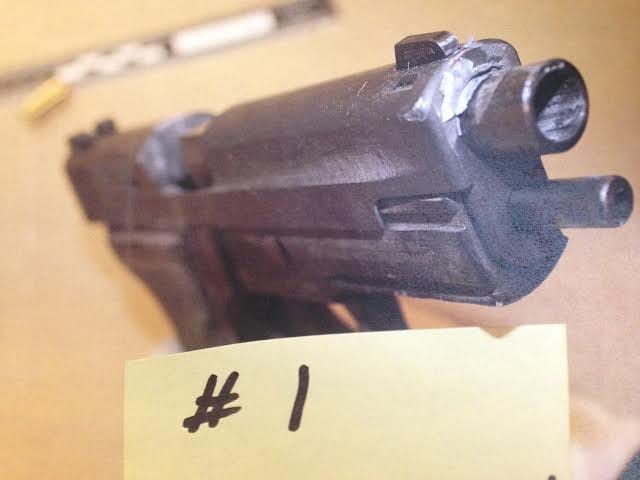 One of the bullets from the pharmacist’s gun struck the suspect’s gun.

A suspect is dead after he attempted to rob a Pinch, West Virginia, pharmacy Wednesday morning, only to have his plans foiled when the pharmacist pulled out a .45-caliber handgun.

Patrick Good, the owner of Good’s Family Pharmacy, believes the man was there to take prescription pills, but he doesn’t know for sure because the suspect, later identified as 25-year-old Terry Gillenwater, never had a chance to ask for what he was after.

The shop’s security cameras captured the intense moment Gillenwater entered the store, which Good described as really small. The suspect was wearing a bandanna over his face, and in an attempt to feel out the situation, Don Radcliff jokingly asked if the man was there to rob the place. But Radcliff was already reaching for his handgun beneath his lab coat.

Gillenwater then pushed a customer out of the way before pulling a gun on the employees. But within seconds, Radcliff reacted and fired three shots, striking Gillenwater as he fell to the ground.

Radcliff and other employees attempted to give medical aid to Gillenwater while Radcliff apparently asked the man why he made him shoot him.

Gillenwater later died, and Radcliff is reported to be very distraught over the man’s loss of life.

Authorities confirmed no charges would be filed, and Good said he has no problem with his employees carrying a gun if they have a concealed carry permit.