Bill to allow armed faculty in Arkansas schools near to passing 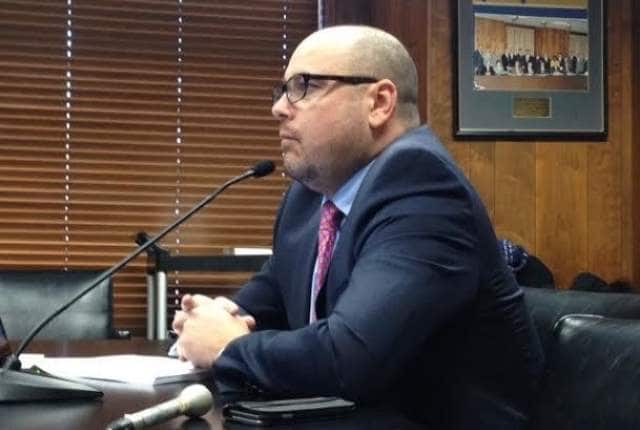 Arkansas State Sen. Jeremy Hutchinson, R-Benton, is spearheading a bill to both do away with the state’s security agency board and allow school faculty to become commissioned school security officers trained by the state police. (Photo: John Lyon/Arkansas News Service)

Following testimony by sponsors that some schools in the state have a police response time of up to 40 minutes, legislation to grant arms and training to staff is well on its way to law.

The measure, introduced last summer in the state Senate, passed that body by a very broad 33-1 vote earlier this month and already sailed through a House committee last week.

Sponsored by state Sen. Jeremy Hutchinson, R-Benton, the lawmaker explained to the House Judiciary Committee that in some rural areas, lack of funds for school resource officers and sparse law enforcement can lead to police response times that can stretch more than 40 minutes.

“It is unconscionable and unacceptable to allow an active shooter in a school have 40 minutes to execute as many kids and teachers as the shooter can,” Hutchinson said.

His legislation, SB 164, is an expansive measure that grants the Arkansas State Police the authority to vet and train school administrators and educators to be commissioned school security officers. In addition to its provisions to arm educators, the bill would also disband the state Board of Private Investigators and Private Security Agencies, which would then transfer its powers to the state police.

It is this final section of the bill and not school security that drew SB 164’s only no vote so far, cast by Republican Sen. Jake Files.

“I had a constituent that has a large security company that had some concerns about it. He felt like abolishing the board may not be the best solution,” explained Files.

The subject of arming educators has become a hot-button item in recent years following such tragic incidents as the 2012 Sandy Hook Elementary shooting in Newtown, Connecticut. However, despite the debate, a 2013 poll of some 15,000 law enforcement officers found that 76 percent would support increased arming of teachers and school administrators who were vetted, trained and qualified.

The Arkansas measure now is expected to undergo a vote by the full House in coming weeks.